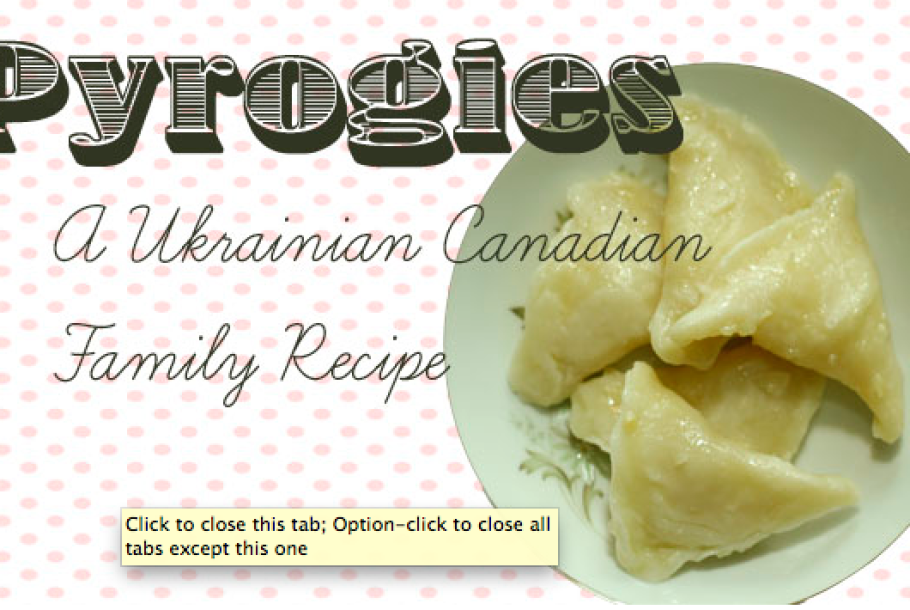 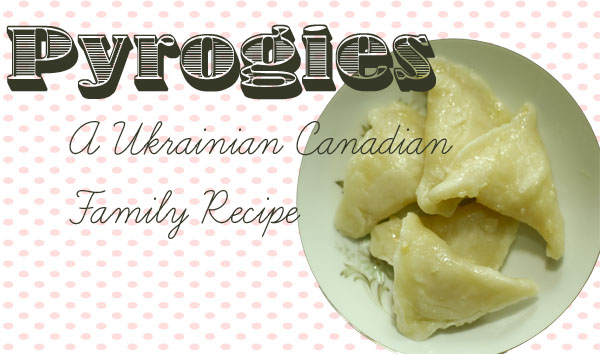 Anyone from the prairies would be unsurprised that a prairie girl like me is of a Ukrainian background (and Norwegian which also features pretty largely out there).  I grew up eating Ukrainian foods on special occasions – mostly Christmas.  Of course, one of the big features of this meal or any Ukrainian meal is the pyrogies.  My husband and I had tried making pyrogies a while back and it was a disaster – about 2 hours, a dozen pyrogies and they all fell apart in the pot.  Having my mom visit over the Christmas period was a perfect chance for me to give it another go, and carefully take down all her tricks.  It is still a slog (it took us 2 hours) but we had pretty much complete success.  For anyone ambitious enough to make their own, here is a detailed instruction set on how to do it.

I enjoyed the process, but would only consider making these about once a year (just long enough for me to forget how long it takes!).  If anyone knows of anyone selling decent pyrogies in Montreal, please let me know as I am sure these will run out fairly soon!

And thanks Mom for your tricks and patience! 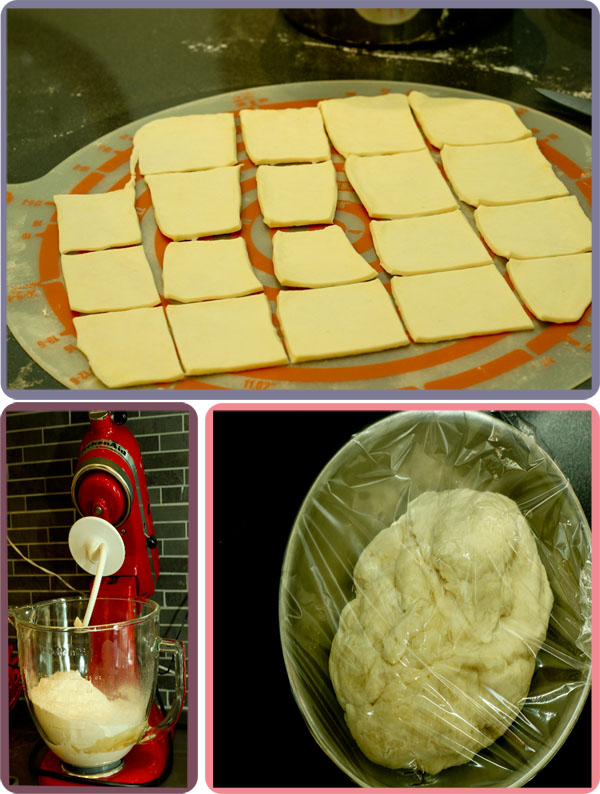 To Prepare the Dough 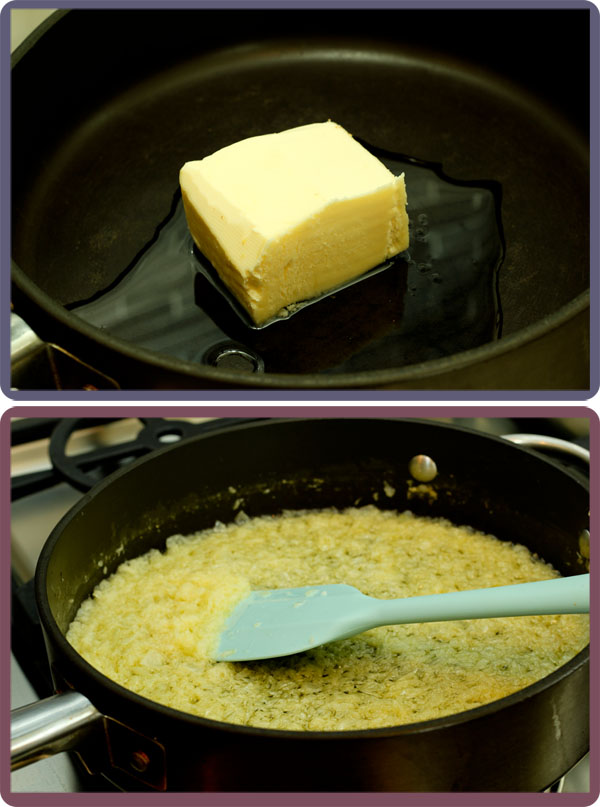 To Prepare the Onion Mixture 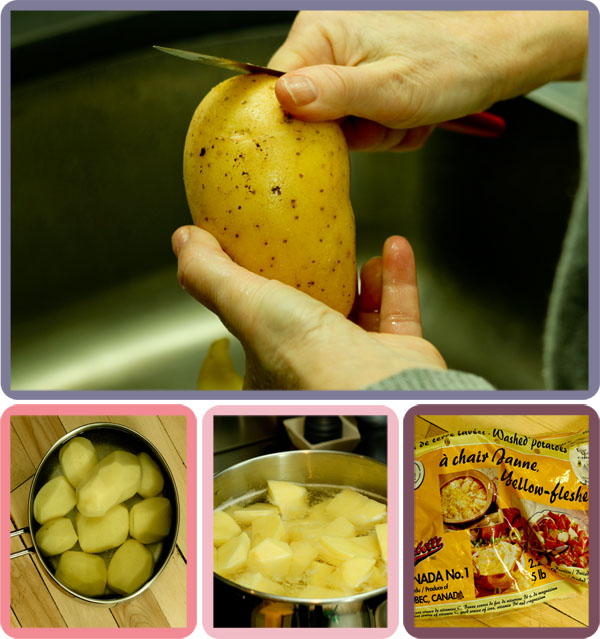 To Prepare the Potato Filling 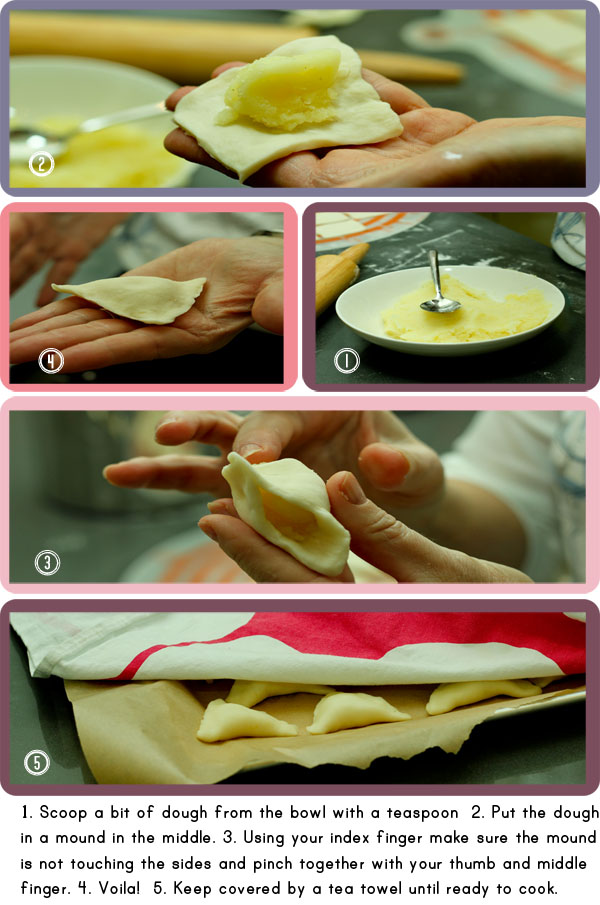 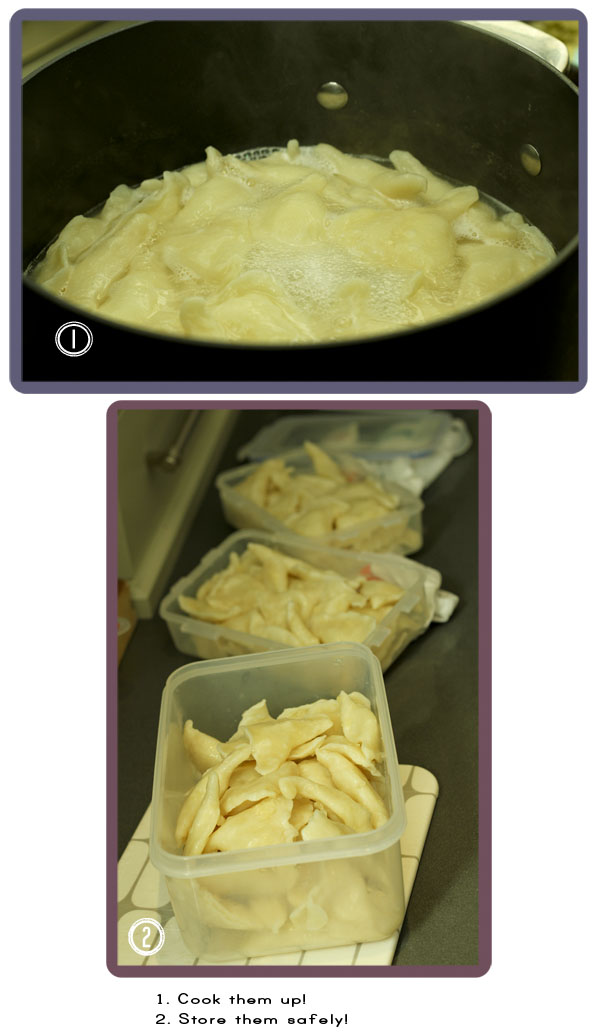 To Cook
Freezing and Reheating
Eat your pyrogies with sour cream, or even some fried bacon would be good (these are not low fat!)
Other fillings can include sauerkraut, cottage cheese (dry curds) or fruit filling (prunes is usual).
Troubleshooting
My pyrogies are falling apart in the water!
All my pyrogies have stuck together in a mass! 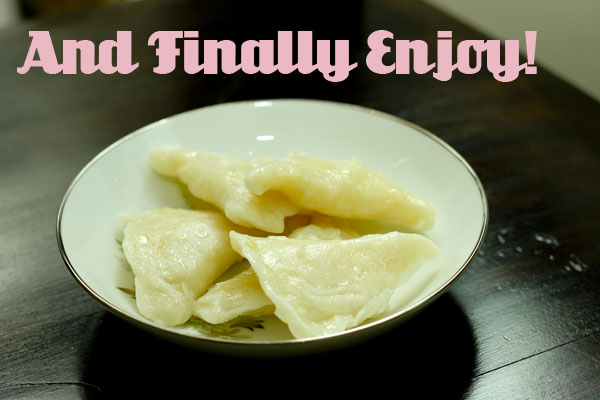 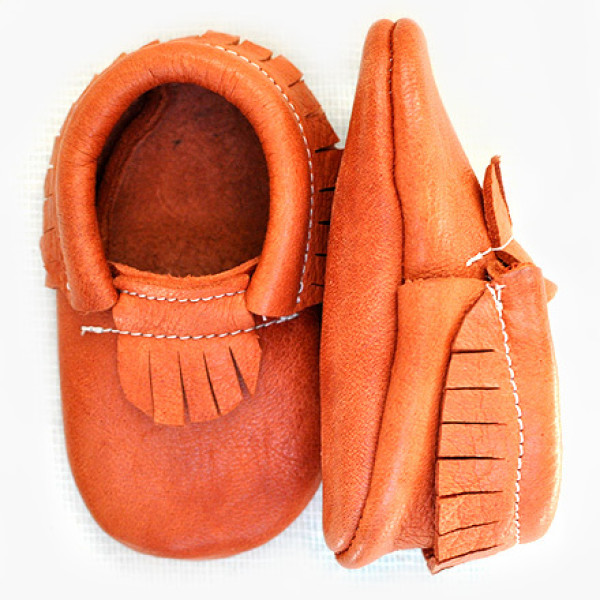 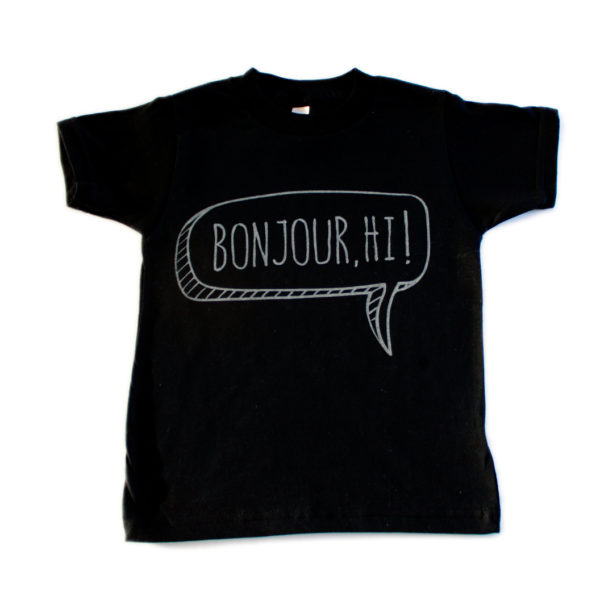 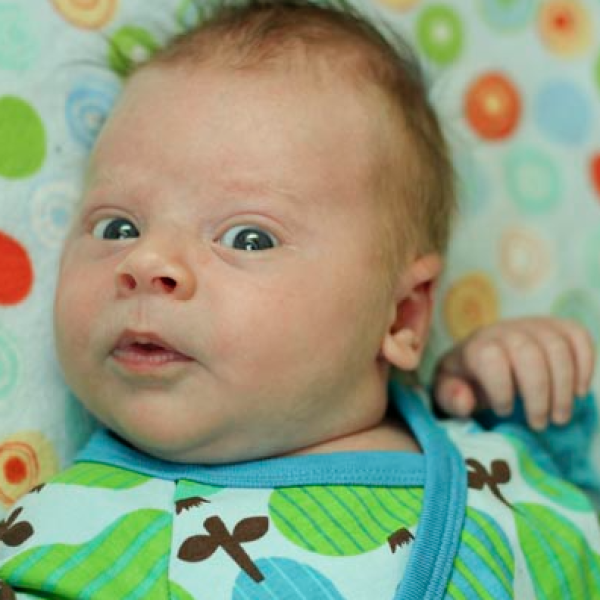 Necessities for a New Baby