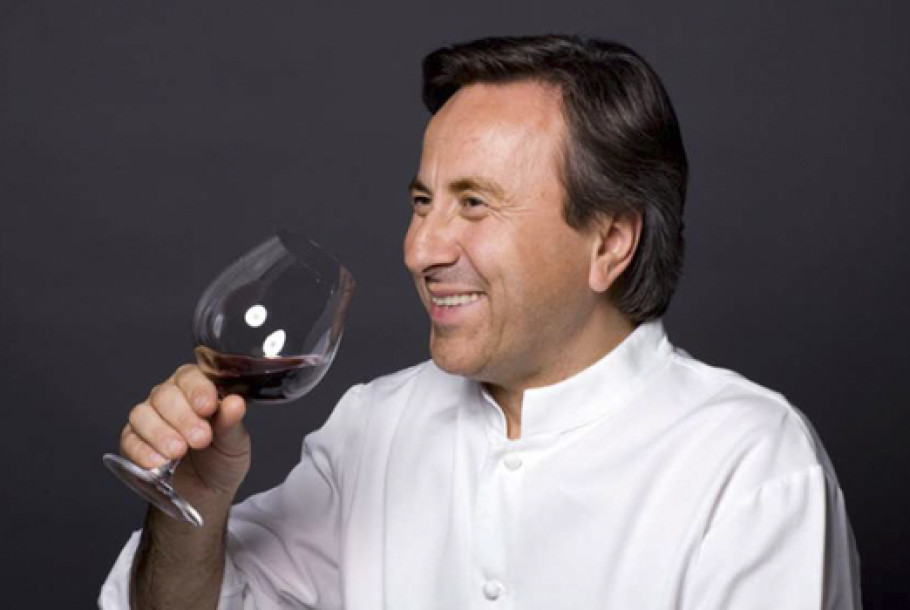 Chef Daniel Boulud has been around for a long time, and has been very succesful.  What is his secret for success and what advice does he have for other young chefs?  In the last part of my interview with Chef Boulud he lets me in on why he thinks he’s been succesful, and how he manages to run his restaurants all over the world while still making sure the quality and experience are top notch. 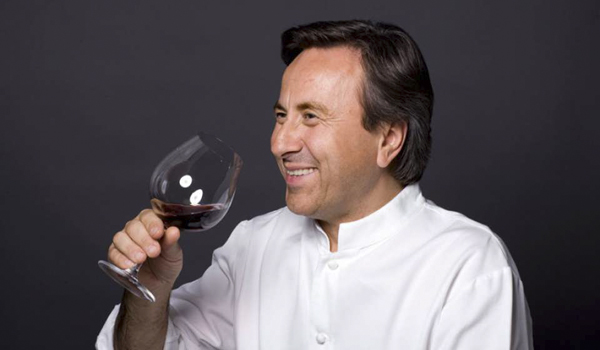 There are a lot of chefs out there, and it’s a hard industry but you have been extremely successful.  What do you think it is that made you a successful chef and businessman?

I don’t know, it’s not like I have an MBA.  I quit school early.  But I think I am definitely a hard worker, and I have a very good sense of this business. I have a good sense of how to make my business very high quality but also balance out the reality of making sure we stay in business and keep making sure we reinvest in our business. That’s what I have been doing for the past twenty years – constantly reinvesting in our restaurants, reinvesting in our team, reinvesting in our equipment and keeping it fresh and motivated.  I don’t want anyone to feel like I am giving up, or I am cruising or taking advantage of my name.  But at the same time I think the secret is to have a very good background, very good education and to be patient.

So you mentioned education.  I know that you started cooking very young (he was 14 when he started apprenticing) and I don’t know if it’s because of reality TV but everyone thinks they are a chef.

Yes, sometimes it’s easy to pretend that you can cook.  Or it’s easy to pretend that you can become a chef after 3 or 5 years of experience.  I think for me, it’s the longevity.  I have seen a lot of chefs, and I have seen a lot of failure and a lot of disappointment and I have seen a lot of success as well.  But the ones who have the success are the ones who stay focused, stay consistent, and stay really invested in where they are and how they are going to be able to grow.  Many of the models for young entrepreneurs have no legs for longevity or lasting success.  They have instant success, but the question is if they can carry it longer.  Or perhaps, it’s too hot to be true and they get tired of it.  And a lot of drugs happen in our business which destroys people’s focus.  Drugs, alcohol, endless hours of work, its not very healthy…  But it’s the most exciting business. Besides cooking, which is what maybe made me successful, I invest a lot in people above me as well.  For example, I always invested in very good people in the front of the house to be able to really carry a service which is very professional and very genuine and sincere.  The customer never feels like we are taking them on a ride.  There are so many restaurants where they charge you so much money for what they give you and when you really know about quality of food and the cost of food they are really ripping you off.  And so for us, it is always this consciousness of having the best ingredients and making sure the customer feels they are paying the right price for the experience.  And the wine is included in that – the wine, the service, the setting of course, and the food.  It must have a consistency all the time. 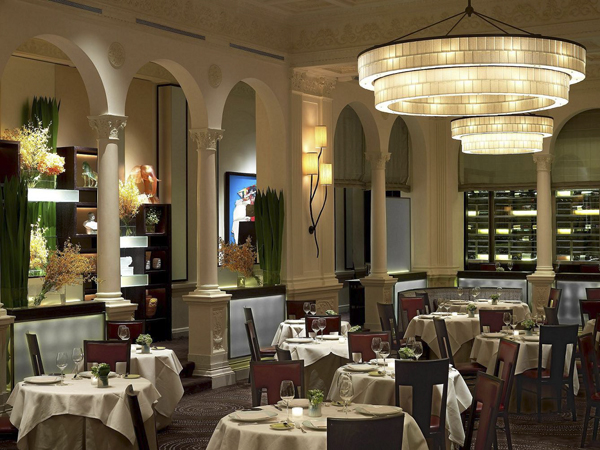 It must have been something to go back into that restaurant after Le Cirque (Daniel, one of his NYC restaurants, is in the same location)

Yeah, I know.  It was. I think I risked so much financially because it’s always a risk when you have no money and you borrow money.  You take a lot of risk and when I took over that old location I risk everything (laughs).  We had to invest $10million into the restaurant to make it happen.  It was a lot.  But you know, 15 – 16 years later… I would not do it today, but I was very happen to have done it then.  But $10million 16 years ago was a lot of money.

So why do you think Daniel has lasted so long with so many restaurants that have opened and closed.

I think we have very good management above all, and I have a partner who has a business degree, and my financial partner was the CEO of one of the largest companies in America before he retired.  He decided to invest with me because he decided it was maybe something fun to do for retirement.  He was a good advisor, but I mean, it was up to me after to make it work.  At the end of the day it’s a business for everyone no matter which restaurant it is and everyone has to be conscious and when you spend a dollar you have to know how you are going get back that dollar in pieces.

Do you think that’s where a lot of restaurants fail?  The chefs maybe don’t have that sense?

Oh, but they have zero understanding of management. I mean I know some chefs which are successful and everyone thinks they are making money but they are not (sounds pained).  It’s very hard and very painful to see and they struggle so hard, but they won’t compromise.  And I don’t think anyone wants to compromise but that’s the problem, how can you manage to not compromise and stay in business?  That’s the most important.  And earn profit in order to keep reinvesting and keep the place.

And reinvesting in people, and have people want to work for you.

Yes, that’s right.  I’ve been in business for twenty years and since I opened the first restaurant everything I earned went back into reinvesting in that restaurant but also into saving in order to create a new restaurant without too much debt.  And so that took a couple of years.  But after that I did DB Bistro. And the last restaurants I opened, Boulud Sud, and Epicerie Boulud we opened with zero debt.  We had the money set aside to do it.

Which is very rare these days.

Yeah, its impossible almost.  I mean, it’s not impossible.  If I want to take that money to the bank, or buy myself a house somewhere that’s fine but you know, I really want to secure what I have and  also secure a new idea with it.

No one in New York comes to me and says, we are going to build you a $5m dollar restaurant, you don’t have to put a penny and we will give you a percentage.  You have to get out of New York and find partners, for example the Four Seasons, Mandarin, Ritz. Usually they are taking you in cities where it’s a good combination, but you know we turn down more than we choose.  Making a decision and choosing to go somewhere has a lot to do with the relationship of the people we are going with and our feeling about the place, and who we are dealing with and all that.  But at least financially it’s a way for us to be partners with someone without having to continue to risk financial investments.

We talk about skiing for a while, reminisce about the great food on the ski hills in Europe and I ask him how he finds time to ski, or to have any balance in his life. (I had read he works 15-16 hours a day)

I try to have sanity.  Communication is very important in our business. So basically every restaurant produces a full report of the day every day and it is sent to us – what happened at breakfast, lunch, dinner. The report includes everything – what happened good and what happened bad during the day.  It’s sent to New York including financial reports and any activity within the restaurant so we know every day what is happening everywhere.  Then we have a weekly meeting either by conference call or  in New York we have the local meeting every week with all the management around the table and discuss the entire week, and weeks to come.

So you really keep very close eyes on the quality control.  There are other chefs with empires, but you hear the quality at restaurants starts to slip.

I know.  For example we have shop reports where we pay people to come and eat in our restaurants and they make a report from the minute they talk to someone on the phone.  They are trained to ask all sorts of questions, but not to the extent where people know they are a shop report but questions like what kind of vegetarian option do you have. At the restaurant if the people have been perfectly trained they have all the answers and so it is all on the report.  At the end of the report there is a score out of 100 and the restaurants can vary between 75 – 100.  Anyone between 70 – 80 is already in trouble and they really missed a lot of points and opportunity.  That is the food, the service, everything, the whole experience including the bartender, the reception. For example I just received a report from Boulud Sud and they had 94 so that was very good.  This is done every two weeks.  So basically, every two months the restaurant is visited.  This is something we wanted because besides our visit because  people sometimes have problems in the restaurant.  It doesn’t mean that you have an issue but I think we want to make sure we have a set of eyes that is totally independent.  It’s a good job to have.  (laughs)

I think that it’s a great idea because there are these great chefs that have so many restaurants and slowly their reputation is tarnsished because they aren’t able to have the control they want.

But some people have better power of marketing, I guess and sometimes you want what they have that makes people come to their place, and what makes it the fashion.

You could always do a reality tv show.

A gros merci to Chef Daniel Boulud for his time spent with me.  While in Montreal do not hesitate to visit his restaurant Maison Boulud at the Ritz-Carlton which is open for from 7am – until late.  A thank-you also to Marc Teeft from The Divine Beast in helping me prepare for this interview! 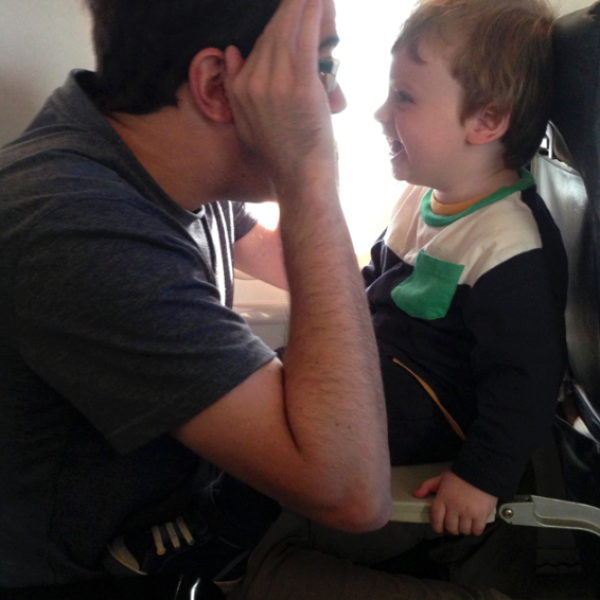 Figuring it Out, Travel with Toddlers
READ ARTICLE 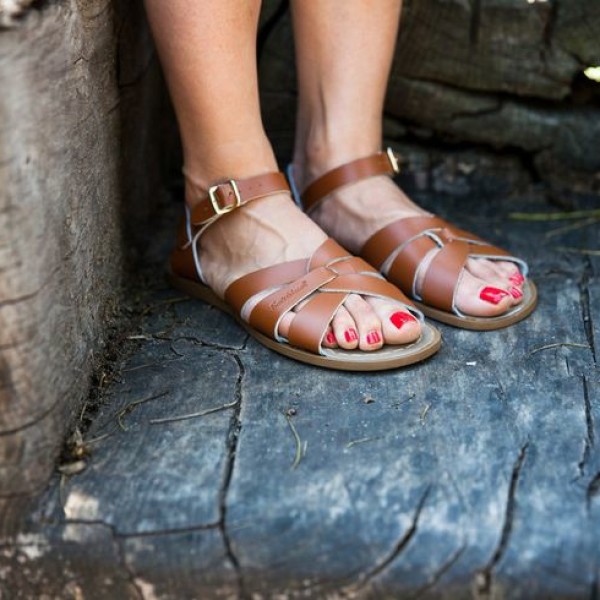 Montreal Kid Activity
READ ARTICLE
There are no comments yet. Be the first to comment.