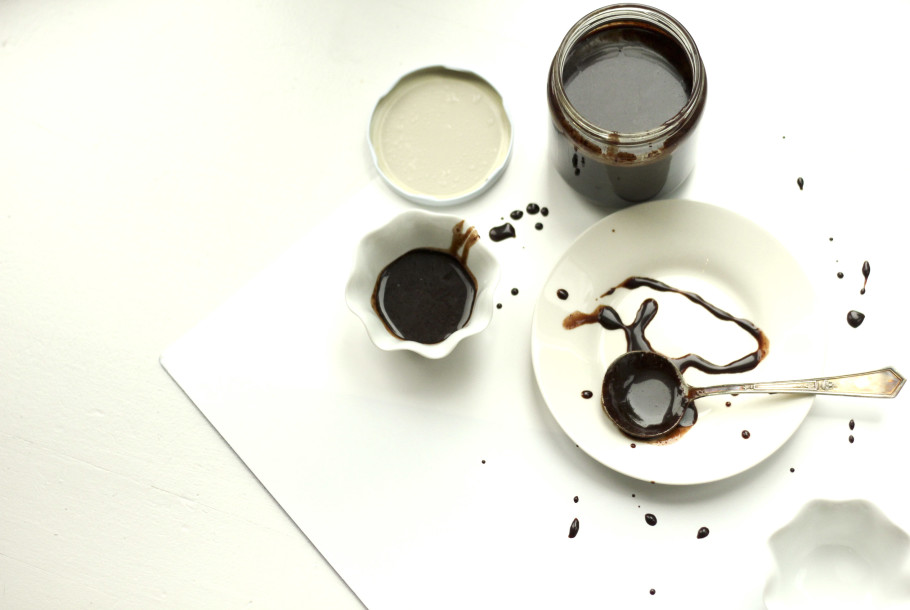 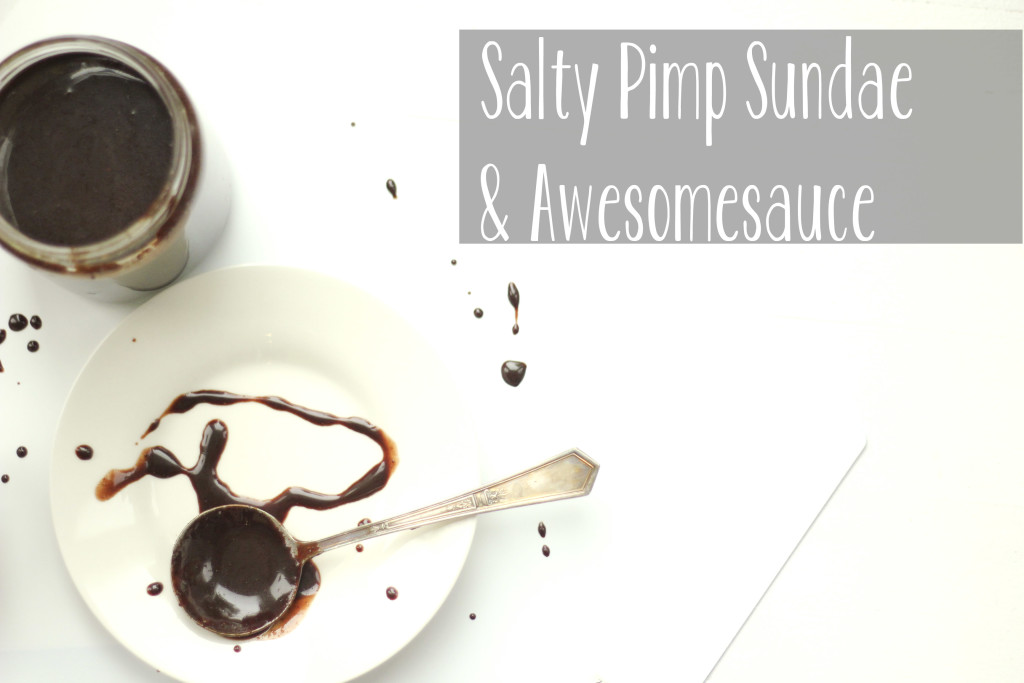 with home made ice cream is even more awesome.

Making Awesomesauce and forgetting a key ingredient, then throwing in the key ingredient and freezing melted sugar… not so awesome. 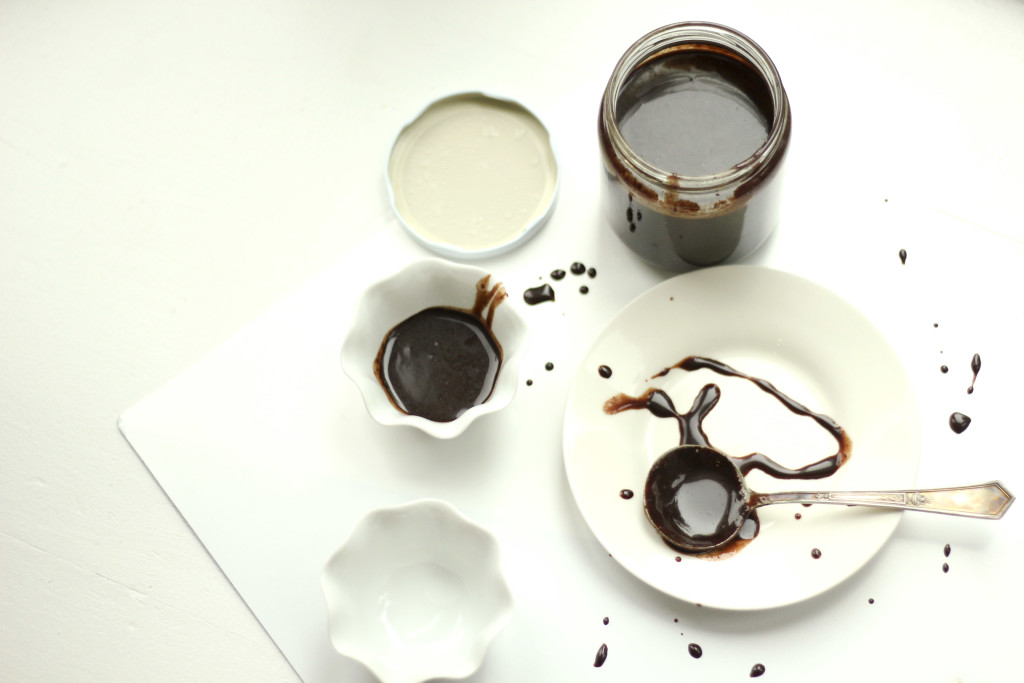 So, as you may know, in order to tackle larger cooking tasks I like to split them up over two days.  If I’m making jam, I’ll cut the fruit and add the sugar and let it macerate overnight.  If I’m making a grain salad, I’ll cook the grain the day before.  I was super pumped about making this chocolate sauce, aka Awesomesauce, and carefully measured out the sugar and butter in a pot.  Then I put the rest of the ingredients in a bowl.  Just don’t forget to add the milk Michelle, I thought to myself as I went to bed.

The next day I started the sauce, melting the sugar and butter.  The recipe says to whisk it and make sure there is no grittiness.  I was like, WTF, how do you whisk straight up sugar?  But I stirred and stirred and stirred and finally decided to throw in the chocolate and spice component and see what happened.  I looked at it and thought ‘it’s almost like I’m missing the milk.’

Anyone who has worked with melting sugar knows what happens when you pour cold milk into hot sugar… the entire thing seizes into hard rocks.  But, I figured it was my only chance and eventually it would all melt.  In the background I could hear my youngest 8 month old climbing and getting into trouble, my husband asking, ‘Michelle, why the hell are you making chocolate sauce at 8am on a Saturday’ and my oldest saying ‘get baby bruder avaaaay from me’. 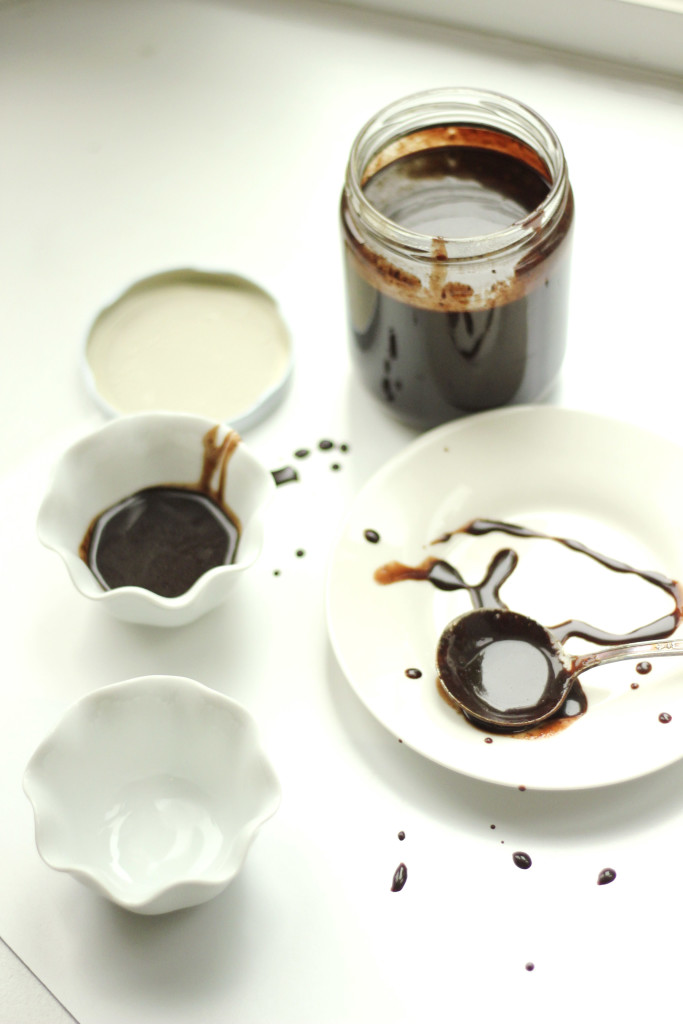 So, I did my best and tried to melt as much of the sugar as I could.  In the end, I had to strain what was left of the sugar through and then I added a bit more icing sugar (which is easily dissolved) to make it a bit more sweet.

But do you know what, it was still awesome.  YUM.  YUM. YUM.

2. The chipotle chile is super nice (I got mine from Spice Station).  I didn’t use the cayenne but it would probably make it all that more special.

This really isn’t that hard, so try making it.  It makes a lot so gift it to your neighbour who just returned from an 18 hour plane trip with their two young kids.  Or just eat it yourself. 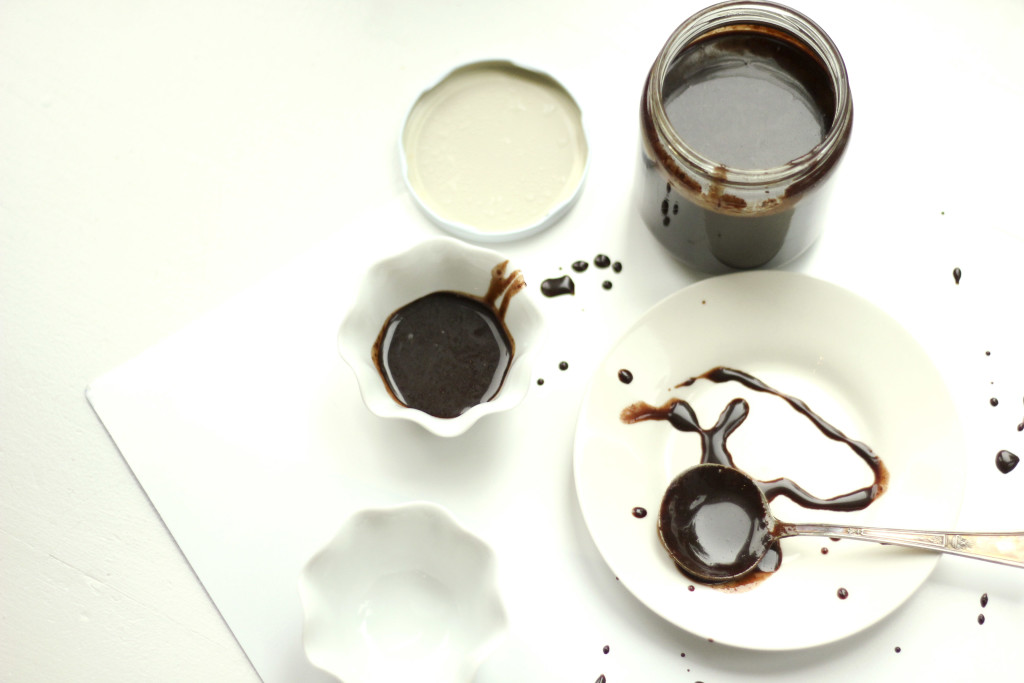 This goes on top of Big Gay Ice Cream

‘s Salty Pimp Sundae which is their best seller.  It comes from their first cookbook

which is pretty darn awesome.  It’s awesome because it’s not just about making ice cream (which unfortunately intimidates too many people) but about easy toppings, combos, ways to pimp your ice cream, etc.  It’s fun and original, just like the guys which I was fortunate enough to see when they were in town.

Note that the Salty Pimp uses Not-So-Awesomesauce which is just Awesomesauce without the spices, but I say you can use both.

Use it on your ice cream, as a fruit dip or straight from the pot.

For the Not-So-Awesomesauce: Combine the sugar, milk, cinnamon sticks and butter in a large saucepan and whisk vigorously over medium heat for 5-6 minutes, or until completely smooth. There should be no grittiness – all the sugar should be dissolved. Add the cocoa powder, salt, chili powder, cayenne, chocolate and vanilla, and stir until the chocolate is completely melted and incorporated; be sure to scrape the sides and bottom of the saucepan to avoid burning the chocolate. The sauce will be silky and have a nice sheen when ready. Remove the cinnamon sticks. Taste before using and adjust the spices if necessary. Let cool somewhat before spooning over ice cream. Store refrigerated in an airtight container for up to 2 weeks. The leftover Awesomesauce is great reheated, for a sauce, and also good cold as a rich, spicy spread.

Get the Big Gay Ice Cream 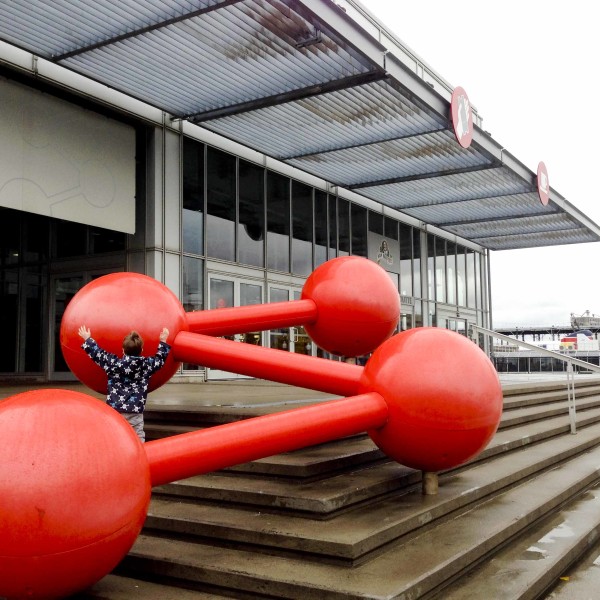 One of Life’s Unforgettable Moments & $150 Giveaway 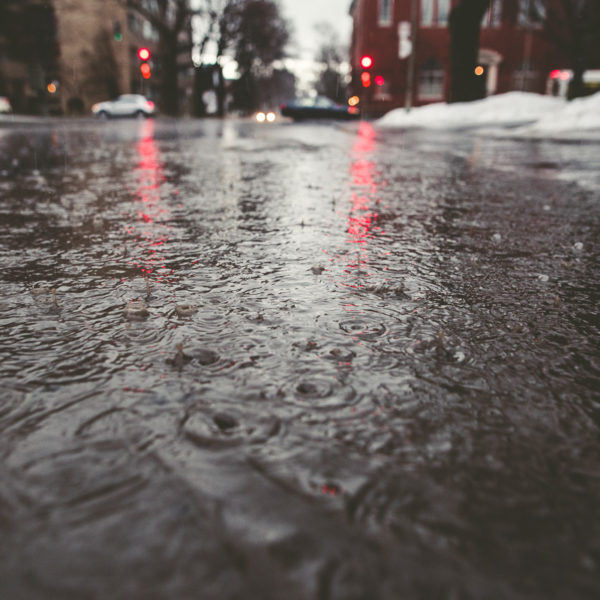