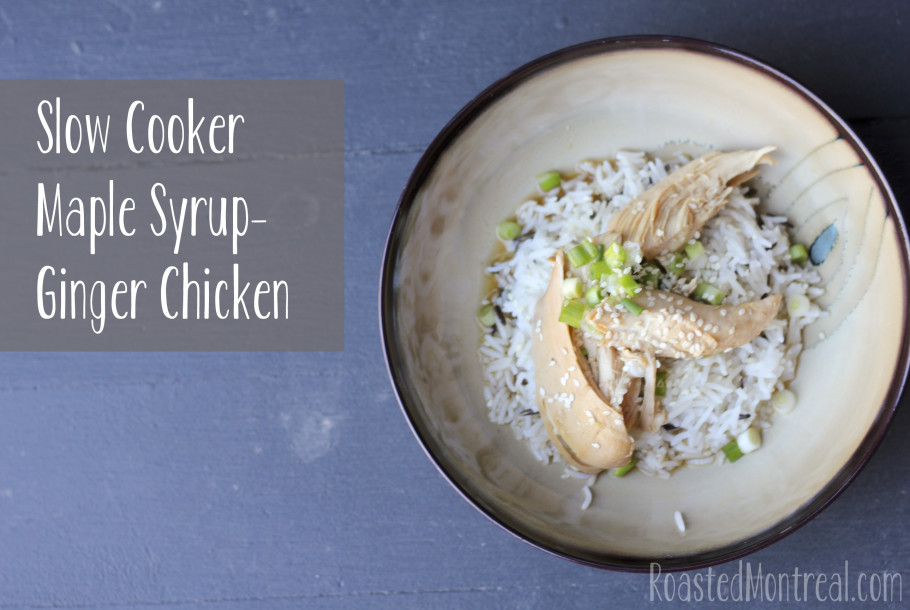 A little while ago a friend of mine sent out an email (a plea if you will) to a bunch of our friends asking for their favourite easy recipes.  It seems I’m not the only person scratching my head when it comes time to make dinner. 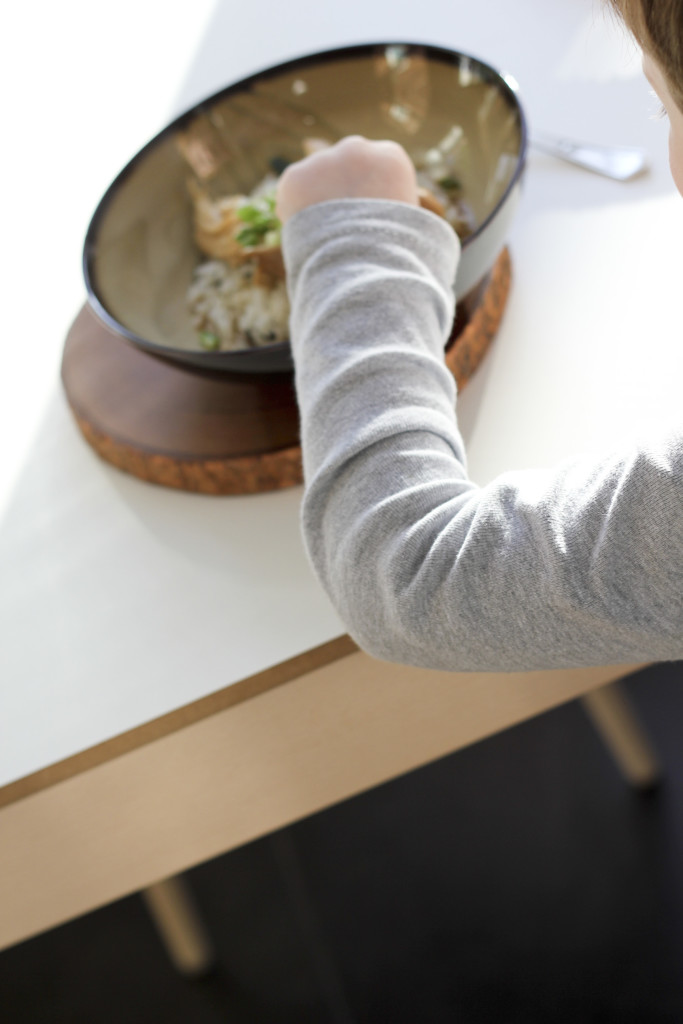 Quite a few friends responded and I thought it would be a fun idea to share some of these tried and tested recipes with readers.  After all, who doesn’t need to add a few recipes to their repertoire? 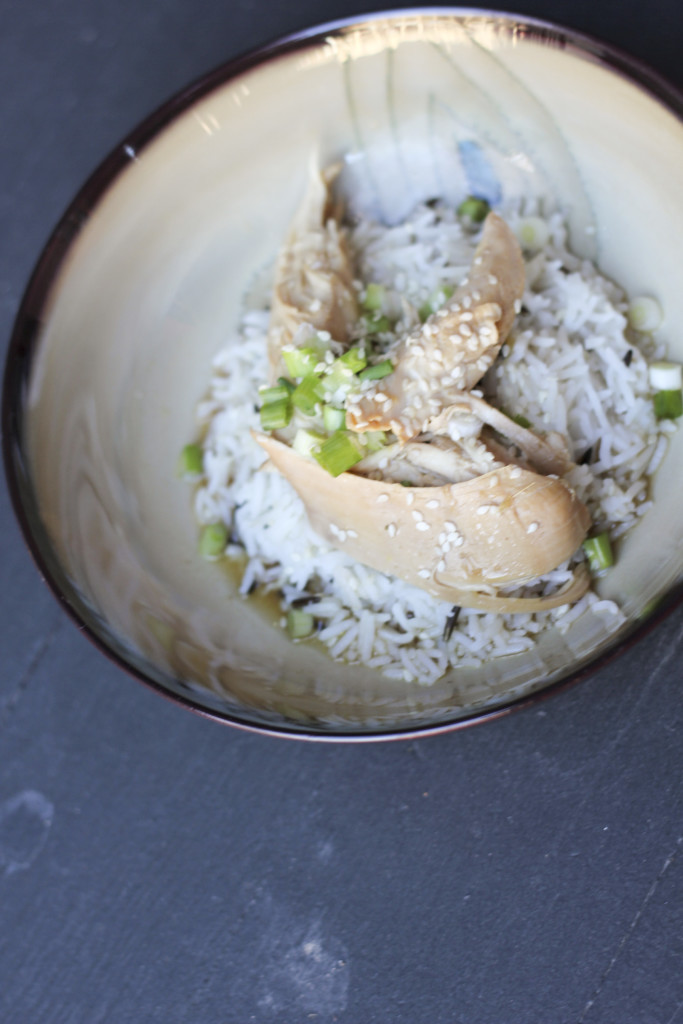 This slow cooker chicken recipe is a winner.  It’s easy and was a hit with the family.  I always thought only tough cuts of meat did well in the slow cooker, but turns out you can use chicken breasts.  I used my mini-slow cooker  because I only wanted to cook two chicken breasts, but you can easily double this recipe to make a larger batch.  The original recipe was honey-garlic but we don’t really eat garlic and I wanted to give it a twist so I switched it up to maple syrup and ginger.

How to make it even quicker?  Instead of cutting up ginger every time, I simply peel a large chunk and puree it in a food processor with a little water.  You can either then portion it out into mini ice cube trays and freeze it, or lay it flat and thin in a plastic freezer bag and then just break off a frozen chunk whenever you need it.  It’s so much easier, and those little jars of pre-cut ginger kind of creep me out.  And I hate cutting ginger – it’s a pain and I always end up wasting half of it.

I got all fancy for the photos and topped with sesame seeds and cut up green onion but you don’t have to.  I served it over rice (which I mix with a little wild rice for the health benefits).  You could thicken up this sauce on the stove top if you wanted with a little cornstarch, but in my opinion that’s just another step.  And at the end of the day… I’ll take the un-thickened sauce.

I will be publishing more family friendly meals so stay tuned and thanks Jen for the recipe! 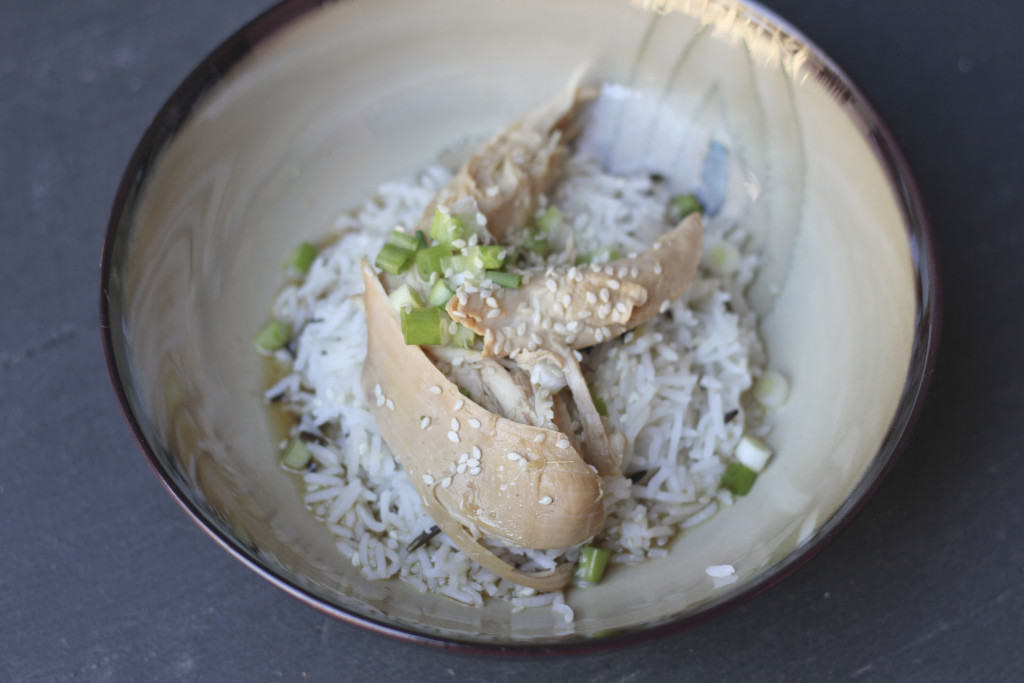 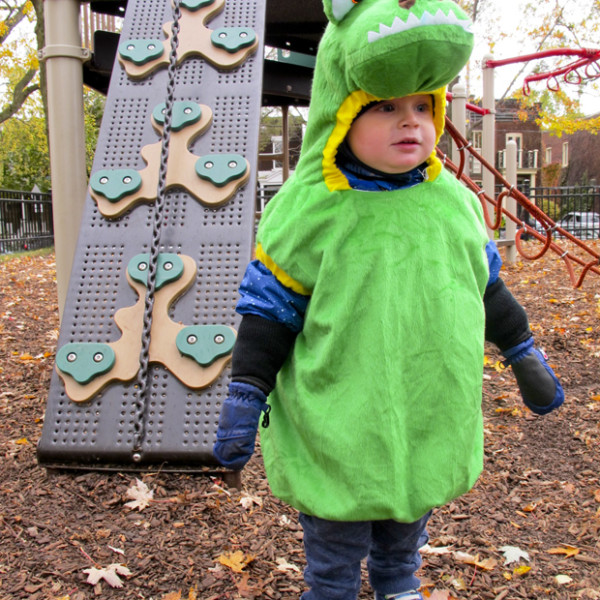 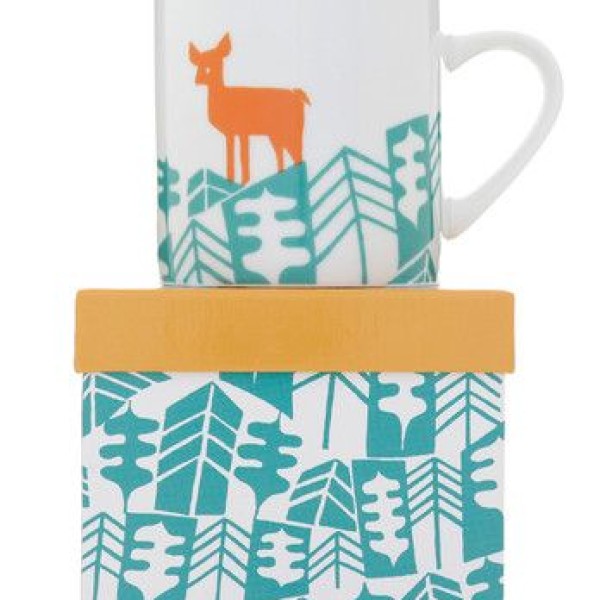