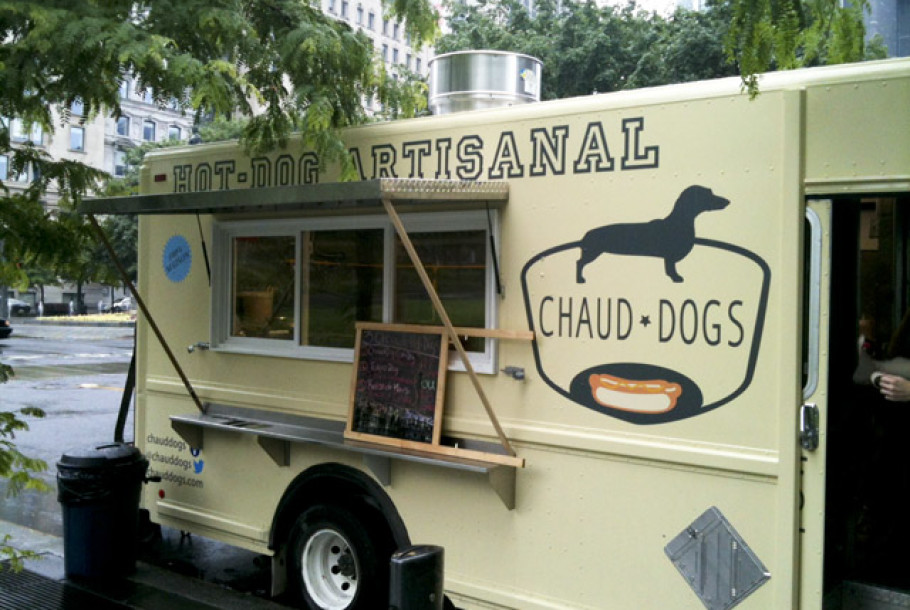 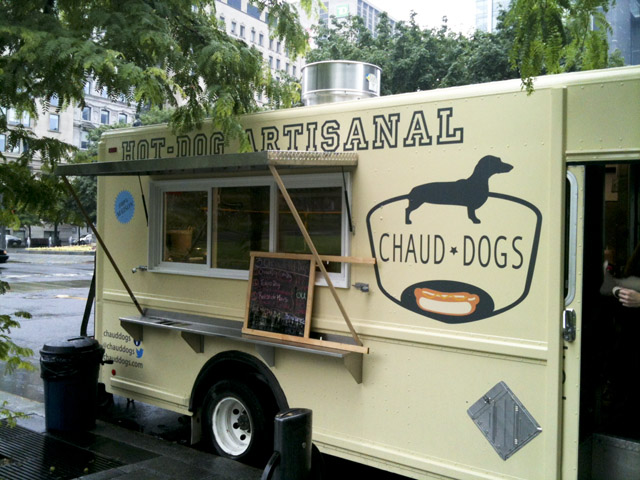 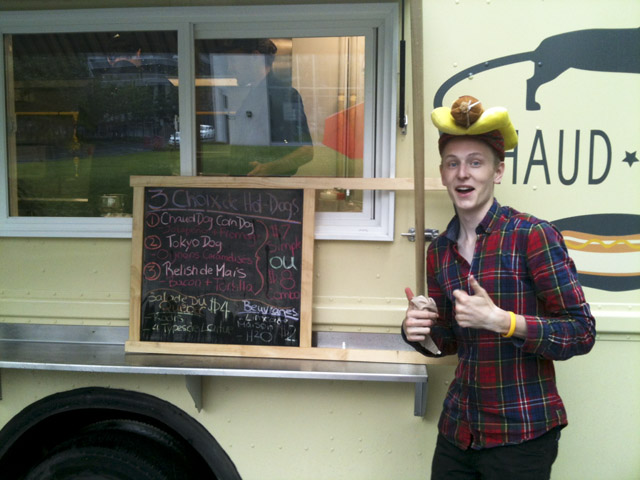 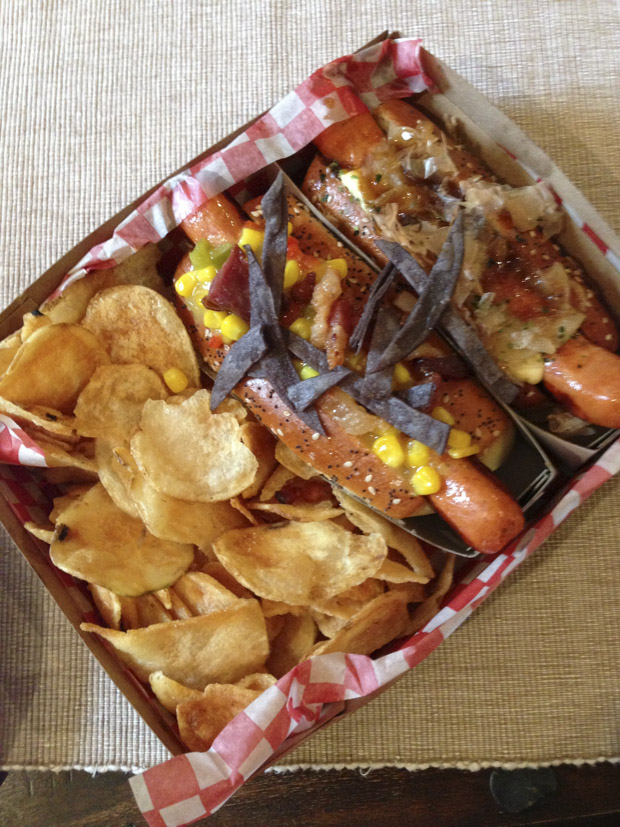 The family piled into the car to brave the rain for an outing to visit the Chaud Dogs truck.  We were not disappointed, and we were even greeted by an enthusiastic employee wearing a hot dog hat.  We had the Tokyo Dog which had bonito flakes (I believe), cheese and carmelised onion and the Corn Relish Dog with thick bacon, corn relish and tortilla chips.  We decided to save the corn dog for another day (and to date I don’t think I’ve ever eaten one!)  The chips were also great and were a bit thicker cut which I liked.  The dogs were $7 on their own or $8 with the chips (get the chips!) 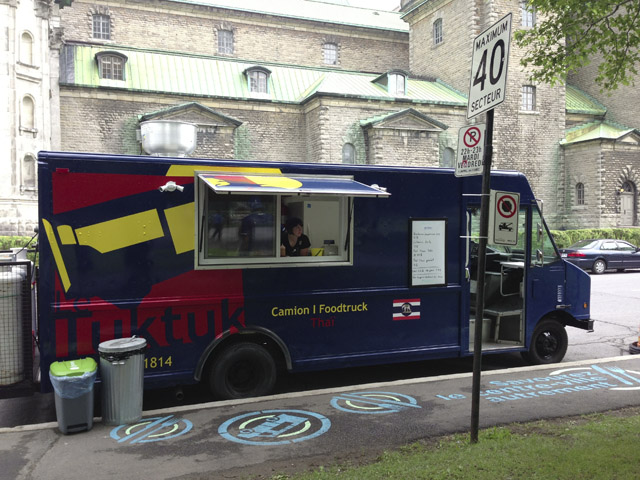 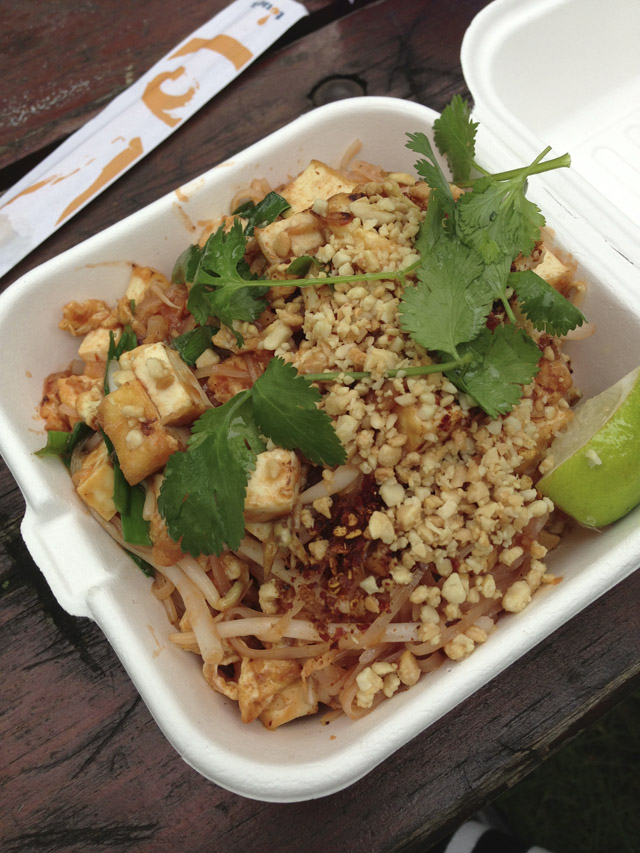 Another trip downtown to checkout Le Tuktuk – a Thai foodtruck.  Offerings that day included Imperial Rolls ($5), fried calmari ($7), Tofu Pad Thai ($8.50), and Chicken Pad Thai ($9).  I went with the tofu pad thai, and my husband with the chicken pad thai.  It was OK, but there was nothing that really stood out for us that elevated it for us.  I see their menu online has all sorts of interesting Thai dishes so maybe we just hit it on an off day. 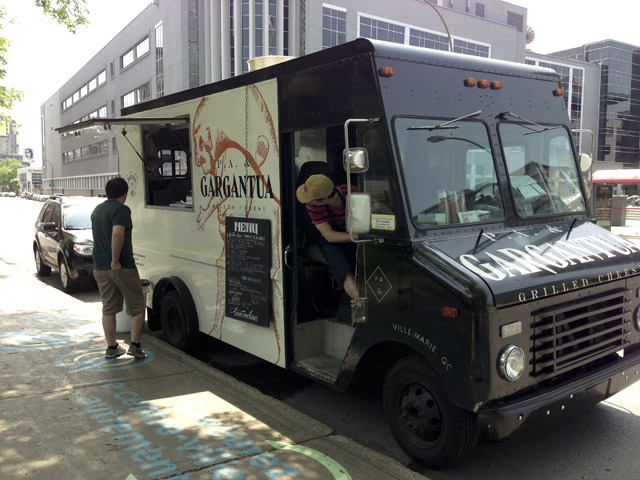 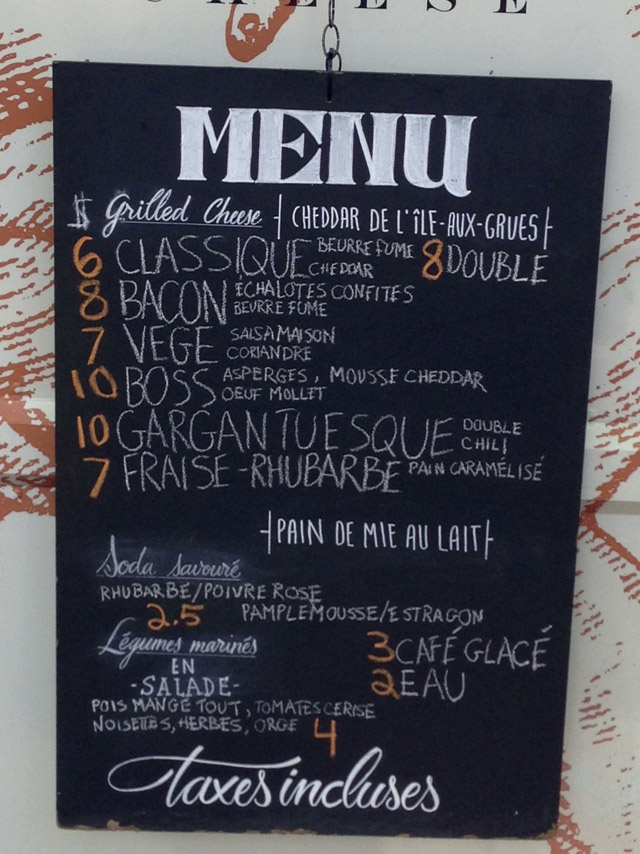 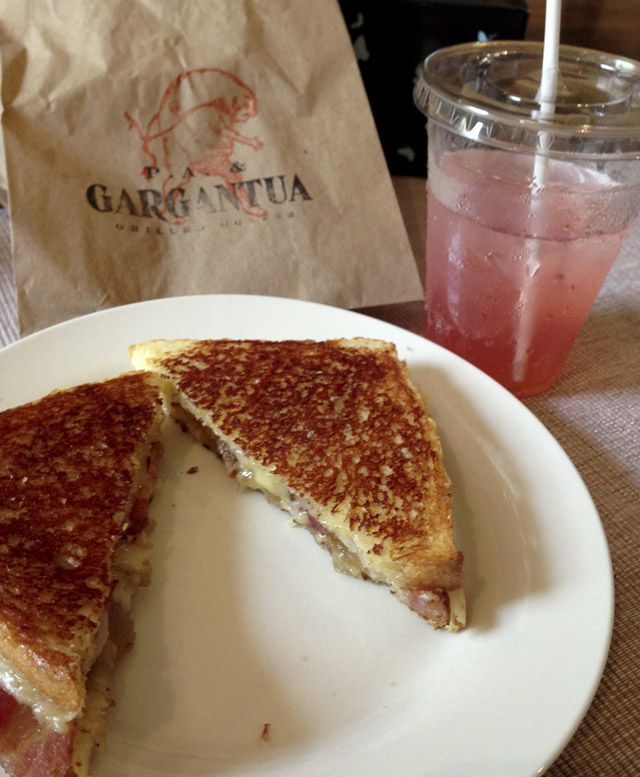 I’d heard a lot about this truck and was happy to catch up with it.  The guy working the front was super enthusiastic and let me know all about their special bread which comes from the same people who supply Toqué (I believe?), cheese from Quebec, and all sorts of other stuff…. yes I wish I took notes.  I went with the bacon grilled cheese with carmelised shallots and apparently smoked butter (just checking out the photo of the menu above).  We also hit up the rhubarb soda from Savouré.  These guys obviously took a lot of care in their menu, and sourcing their food.  The grilled cheese was great with thick bacon and lots of flavour. 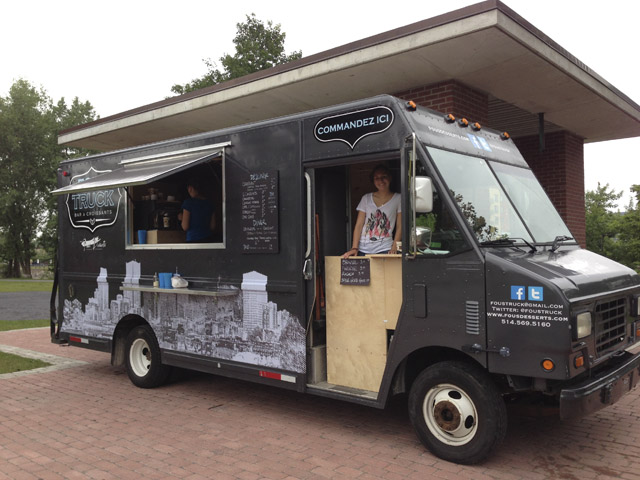 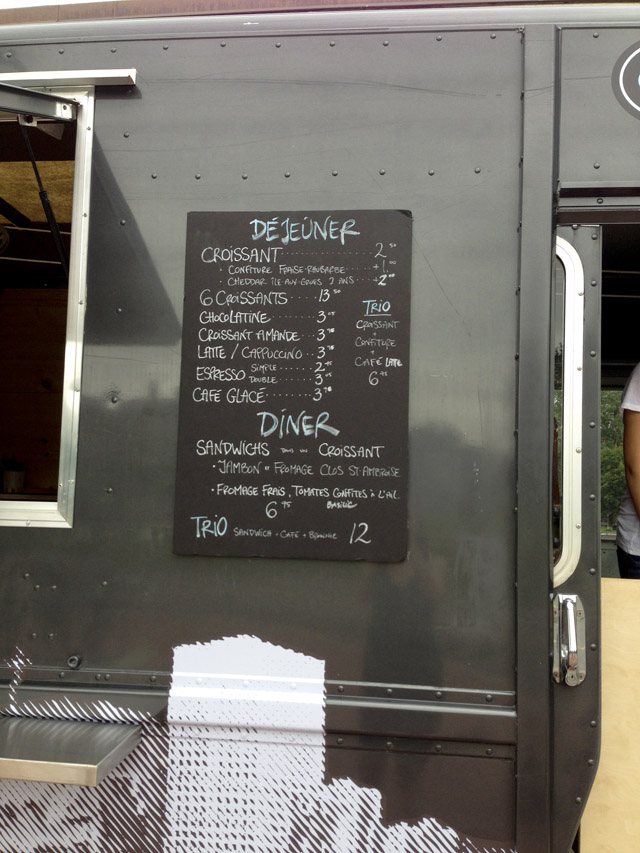 And for something a little different… a truck serving food for breakfast!  The Fous Truck serves up super fresh croissants, chocolatines, and other buttery delights.  It also does coffee and desserts such as brownies, financier, etc..  I scarfed down my chocolatine which was delicious and saved the croissant for… a couple hours later.  The coffee was also good.  The brownie is not your usual brownie and quite a bit lighter and more refined.  Personally, I like my brownie heavy and cloying but each to their own.  Overall, the truck was a nice change. 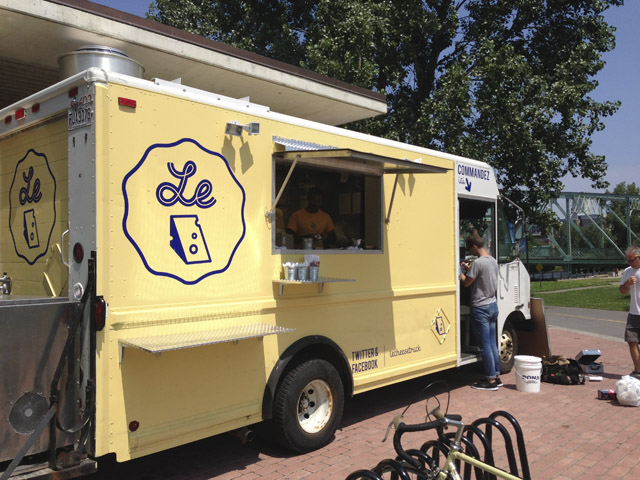 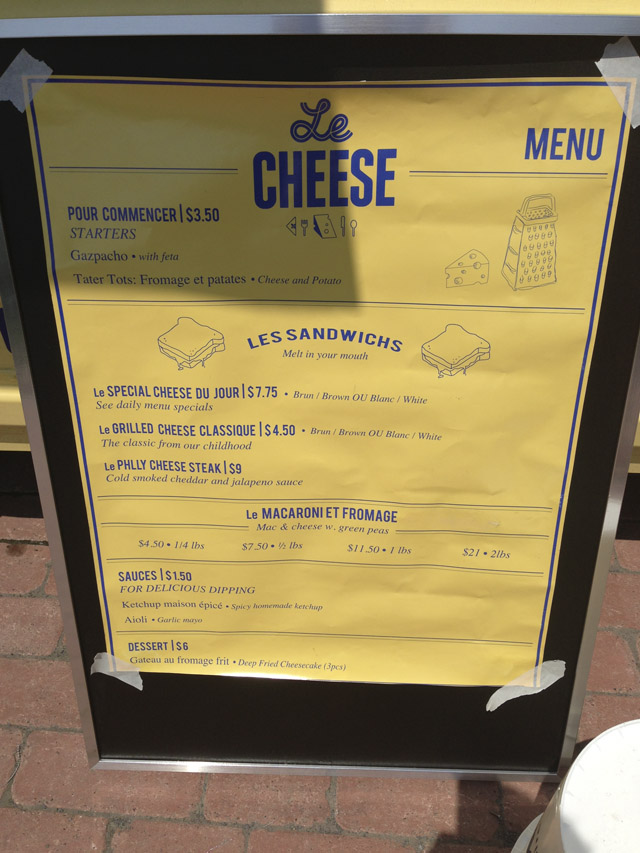 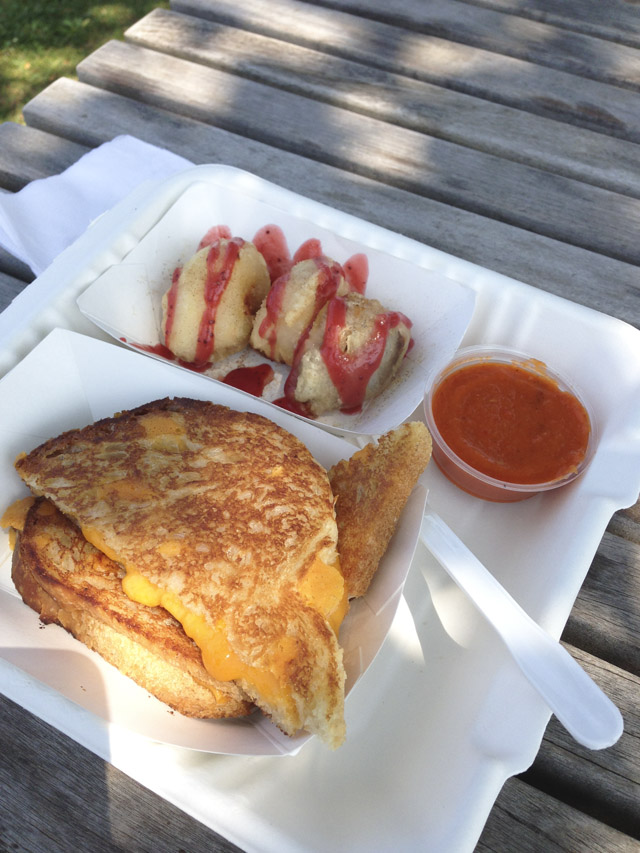 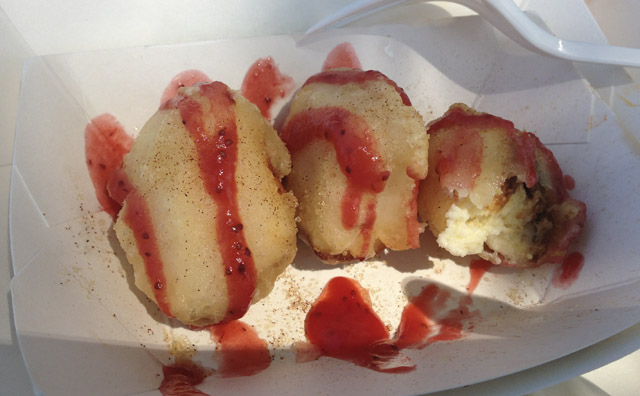 So, more cheese.  Well, people in Montreal do love cheese!  The special was a goat cheese grilled cheese, and that seemed a bit intense for me, so I went with the classic which was FILLED with cheese and nice and buttery.  I dipped it in their home made ketchup, which I highly recommend both because it is good and because it gives the sandwich a bit more pizzaz.  I also got the deep fried cheesecake…  personally I like cheesecake as it is and after having a grilled cheese sandwich it all just seemed a bit heavy but I know there will be people out there making this dessert one of their must tries.  I really liked the grilled cheese and ketchup but the deep fried cheesecake wasn’t really for me.

Whoooooof – a lot of food trucks!

If any of you food truck operators are out there can I just ask a few things – if the calendar says you open at 11:30 or 11:00 can you please open then and not an hour later?  I’m an early arriver and I’ve had to wait anywhere from half an hour to an hour plenty of times.  And can you please show up?  This has also happened to me.

BUT overall – it’s all good. 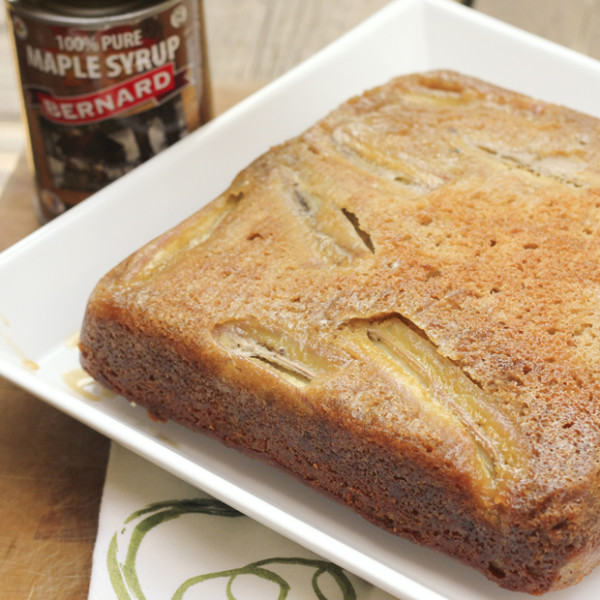 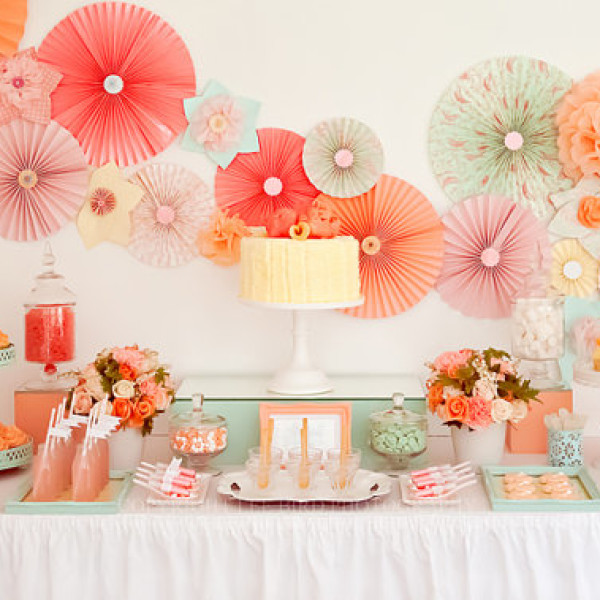 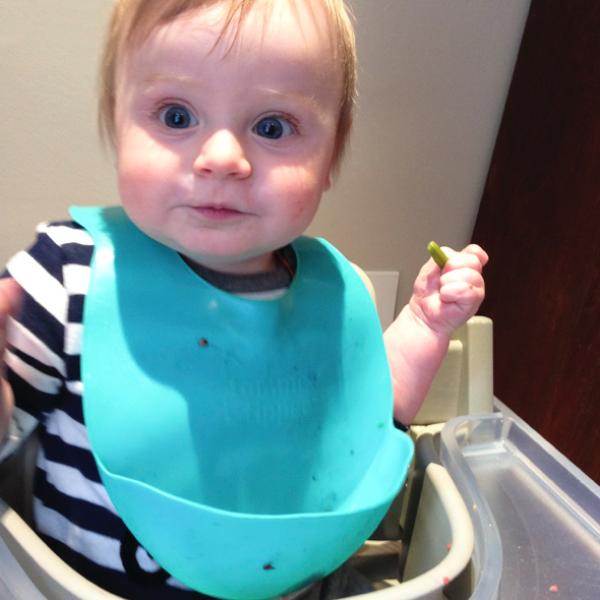