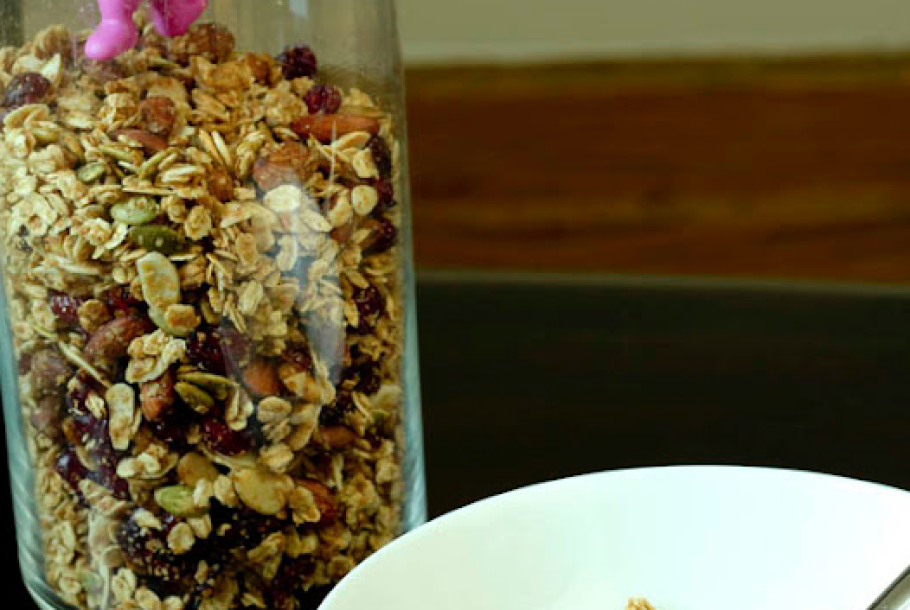 This was my granola attempt number two.  My first attempt was a big fail due to me being too lazy to move the rack in the oven, a lack of faith to deviate from the recipe cooking time (despite a distinct burnt smell),  and a twisted thought that semi-burnt cereals might actually taste good.  Well, the response to all that is trust your nose, move your racks if necessary, and semi-burnt cereal, as my husband put it, tastes like coal.  But, granola is so easy to make I didn’t hesitate to whip up another batch.

I used an article from Chatelaine where Josée di Stasio shares here favourite Christmas foods.  It’s from 2009, and I don’t know what took me so long to finally make it.  Her version is quite Christmas-y so I’ve omitted the ginger and nutmeg, and frankly took quite a few liberties with it.  The beauty about granola is you can pretty much do what you want with it.  The only thing that I can see being a constraint is the syrup to dry goods ratio so just watch that.  This makes quite a bit (1L plus some). 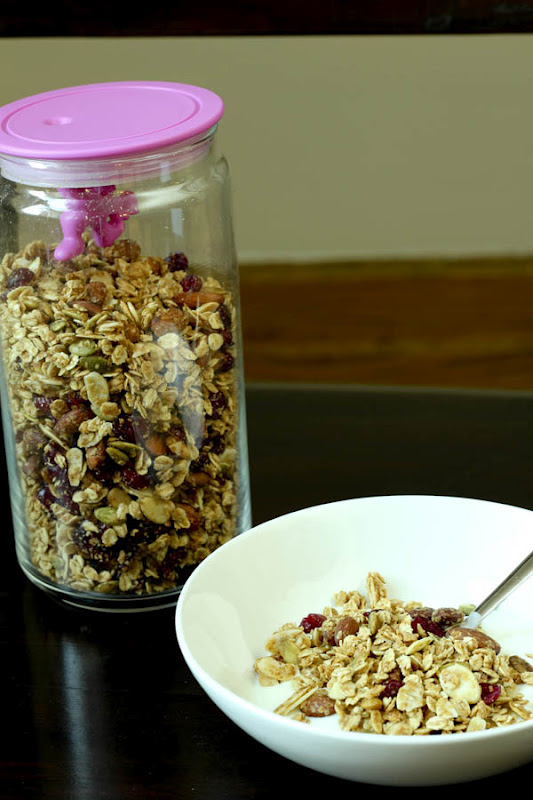 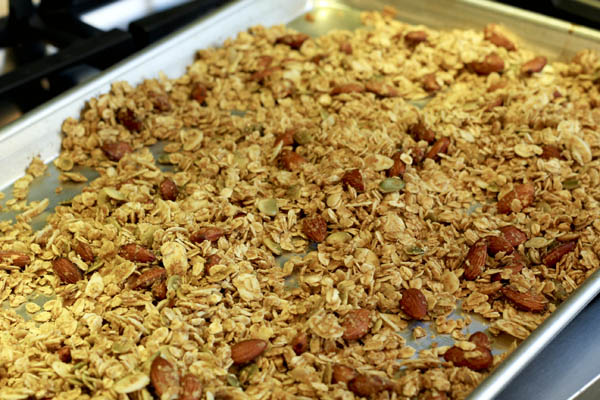 That’s it!  I eat mine with yoghurt, and you can also add a touch of maple syrup if you prefer a sweeter taste.
YOU MIGHT ALSO LIKE 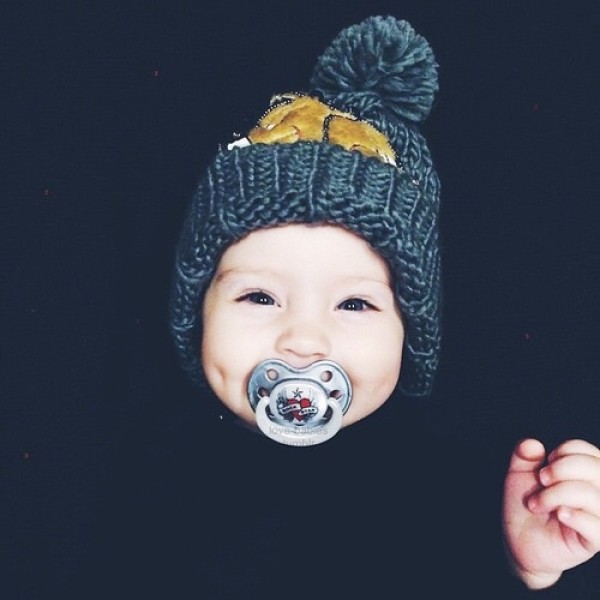 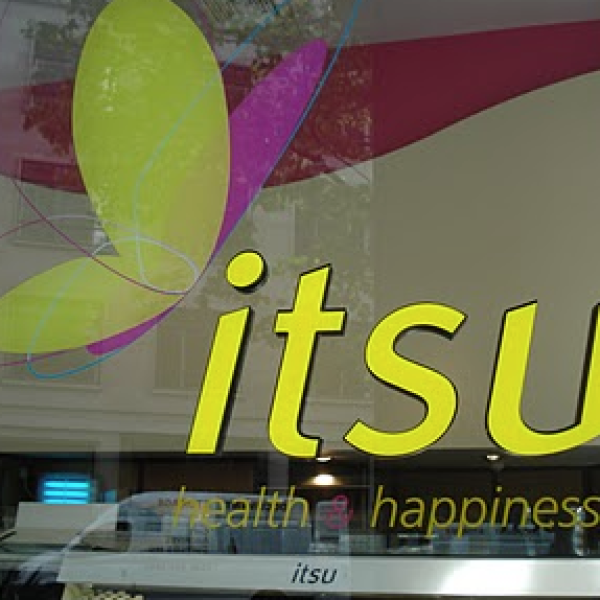 Itsu – Sushi and Soup for Lunch 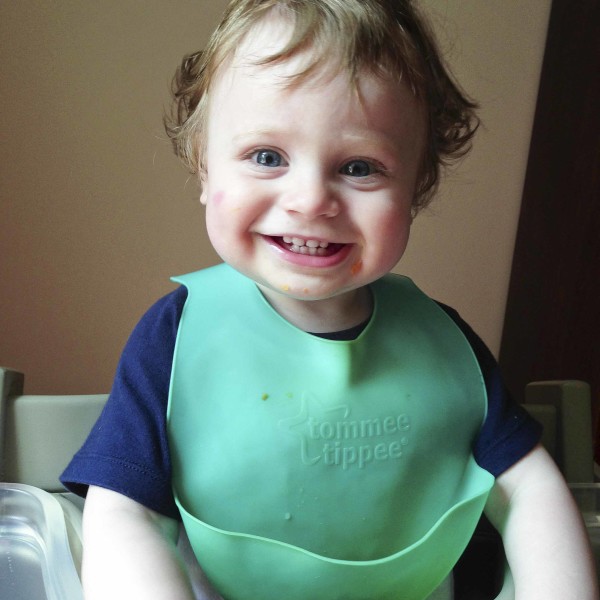 Do you have an adventurous eater?