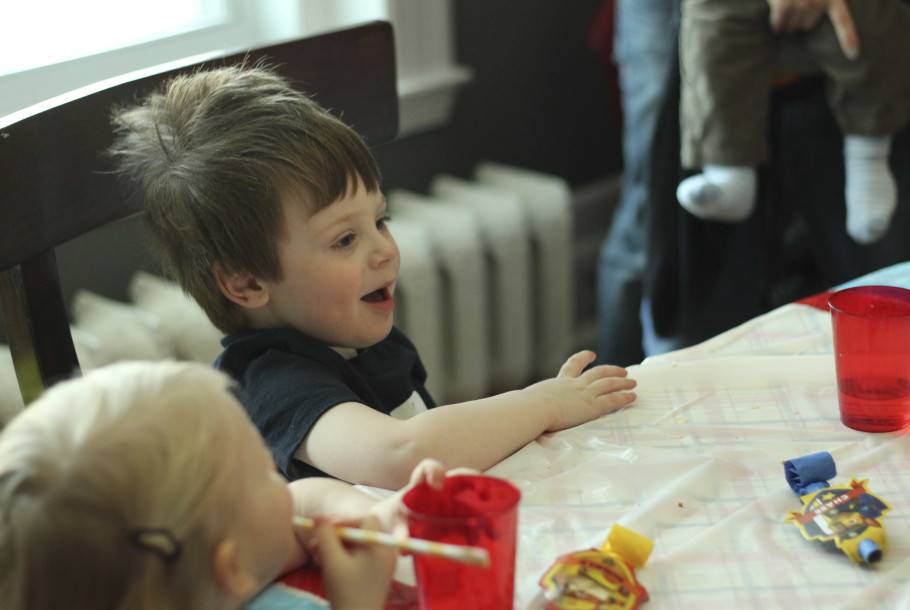 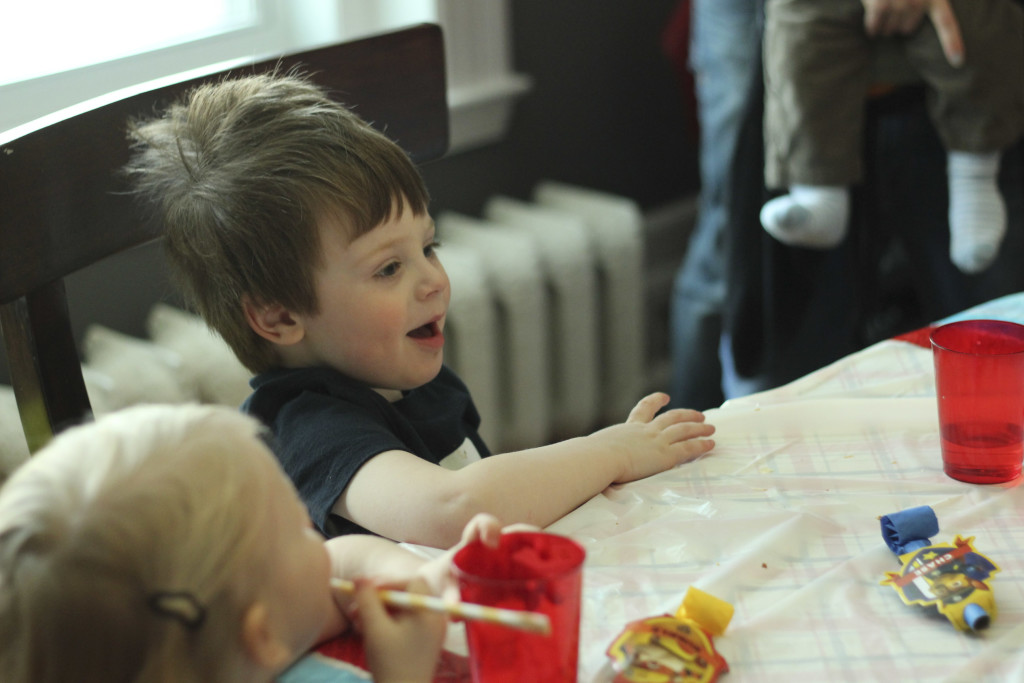 My little boy turned three this past month and we had a small party for him with his closest buds.  The theme? 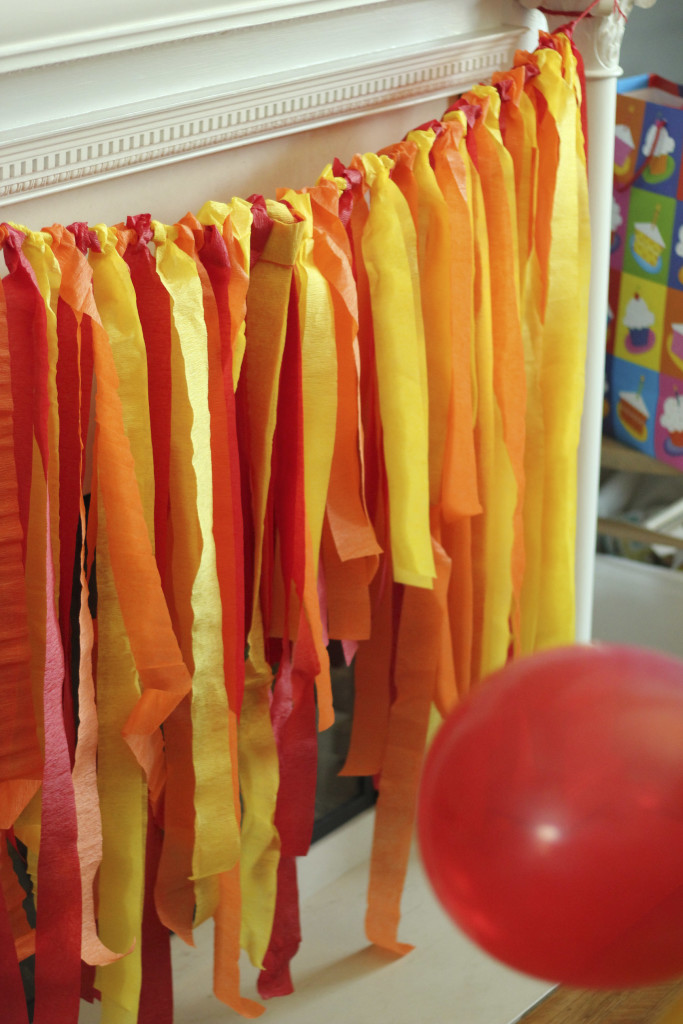 Which isn’t really a theme as so much a colour theme… just buy a bunch of stuff in orange, yellow and red.  Easy. Except why are kids parties, even easy ones, so much work?  My mom was here to help, and made the ‘fire’ above by simply stringing streamers over some twine. ( I say ‘simply’ but it took ages) 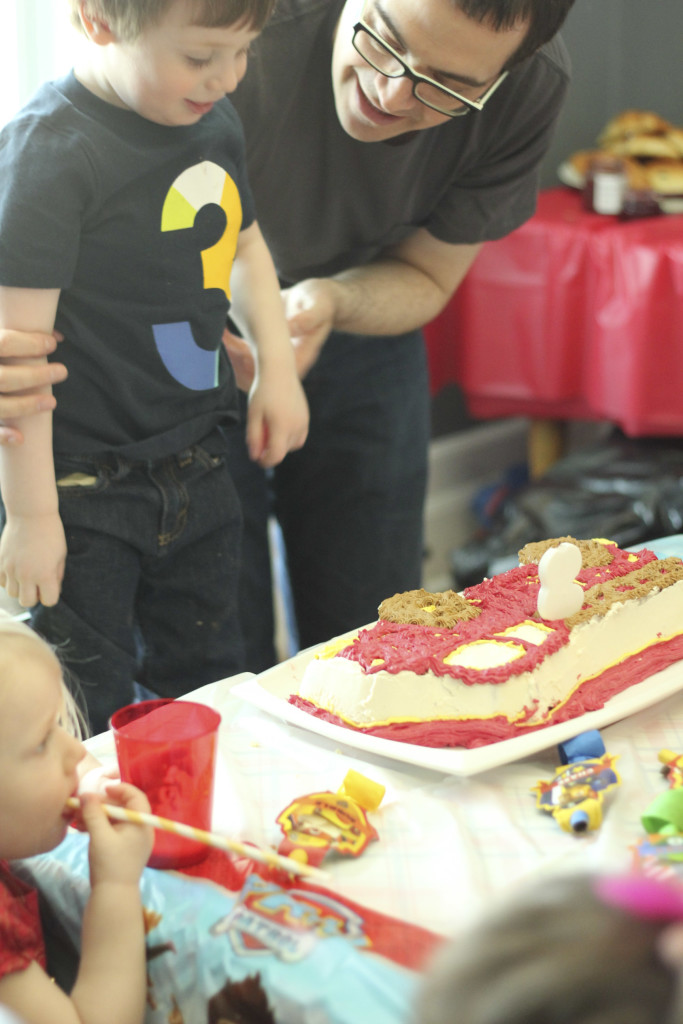 I also hung up a bunch of red, yellow and orange balloons everywhere.  The highlight though for my son?  It was definitely the few ‘Paw Patrol’ themed items I bought.  I only splurged on a tablecloth, some noisemakers and some balloons but wow did he love them.  I didn’t realize the power of TV and branding on kids! 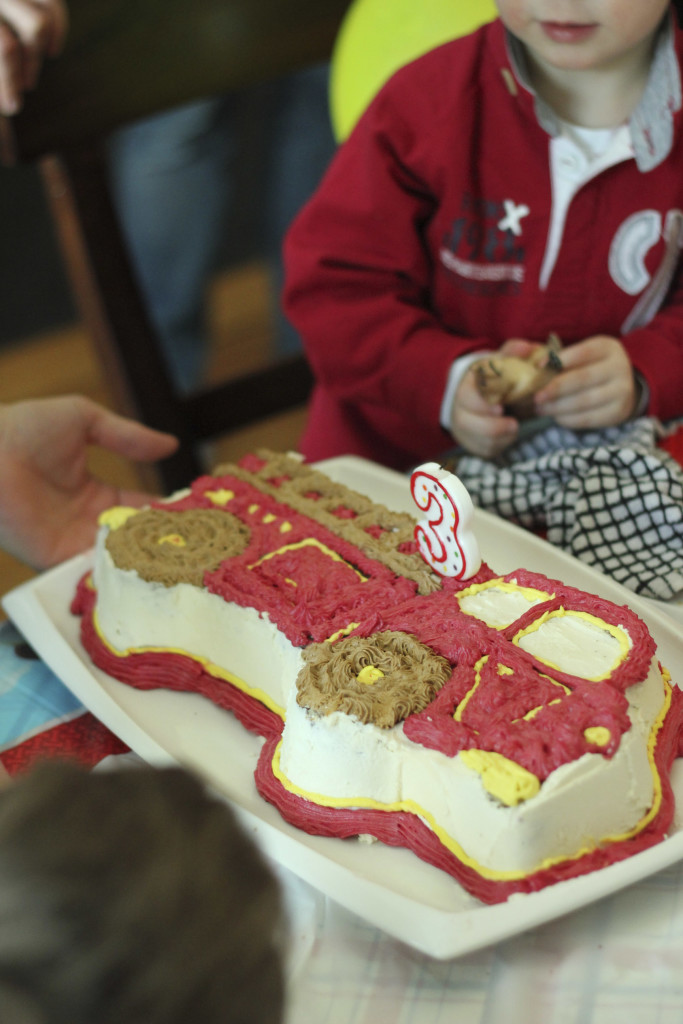 One of my friends had a firetruck themed cake pan she used for her son’s birthday and I borrowed it for my son’s cake.  I did a test run and the cake completely stuck.  I contacted my super-reliable baker-extraordinaire friend Janice (’cause, believe me, everyone needs one of those) and she recommended this cake.  Even though I made it and decorated it on Friday, and then served it on Sunday, it was still super moist and delicious.  AND it actually fully came out of the pan without breaking.  If you need a chocolate cake for a shaped pan, go with that one, for sure.

I did not love decorating the cake.  You can see that although it’s good, it’s clearly done by someone who just wanted to get the decorating over with.  I think it was all the different colours I had to make that annoyed me.  That red took so much food dye, and I just gave up when it came to the black.. which is diarrhea poo brown.  But, it’s a kid’s party – not a cake decorating competition.  I am still exhausted from lack of sleep, and when it comes down to it I’d rather have a semi-fancy cake than an exhausted and cranky me.

What about you?  Do you think kids parties, especially for three and under, are overrated?  Or do you go all out? 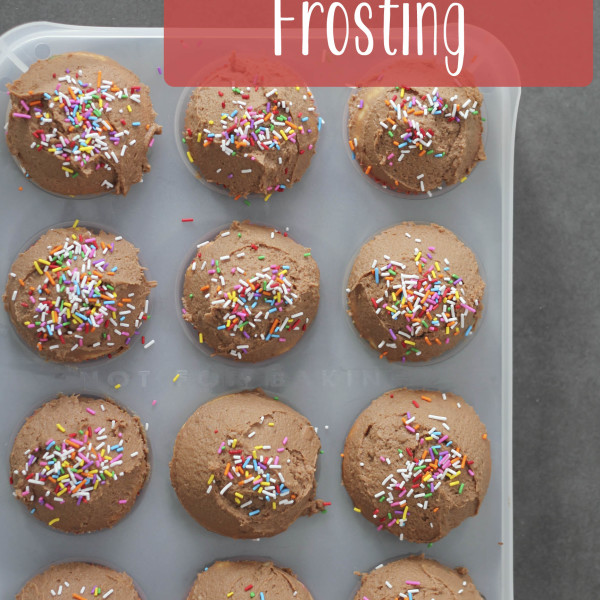 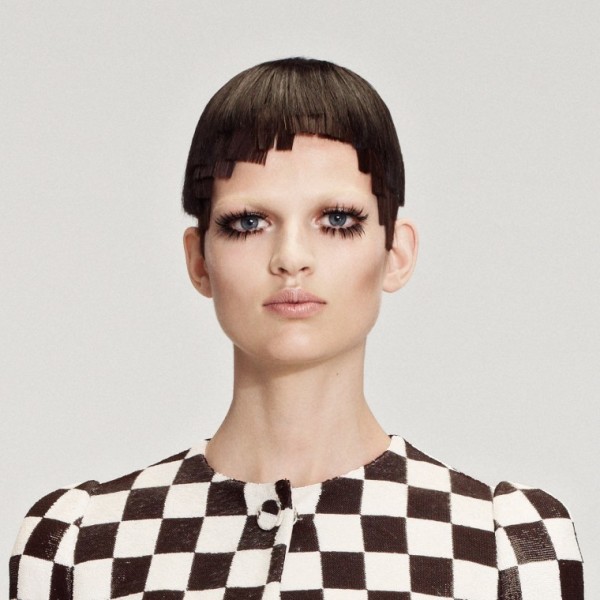 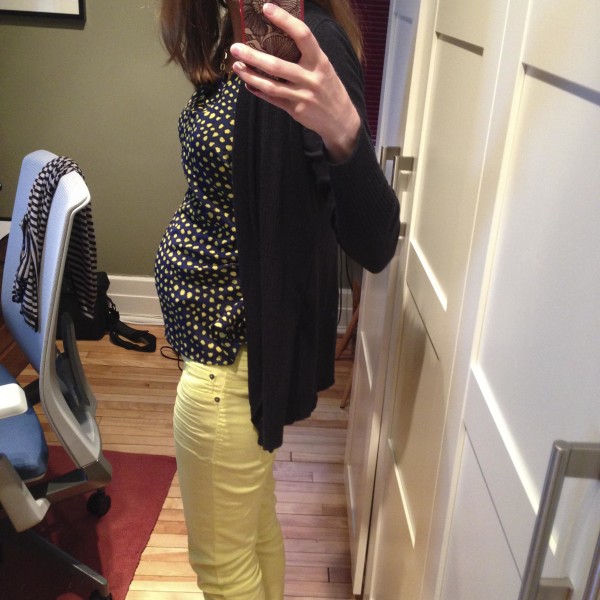 Motherhood, Pregnancy
READ ARTICLE
There are no comments yet. Be the first to comment.