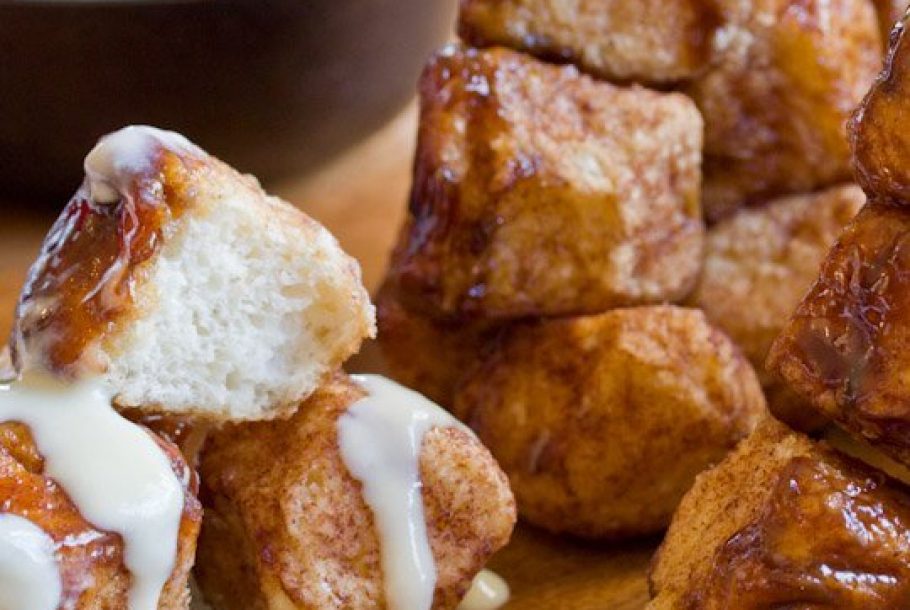 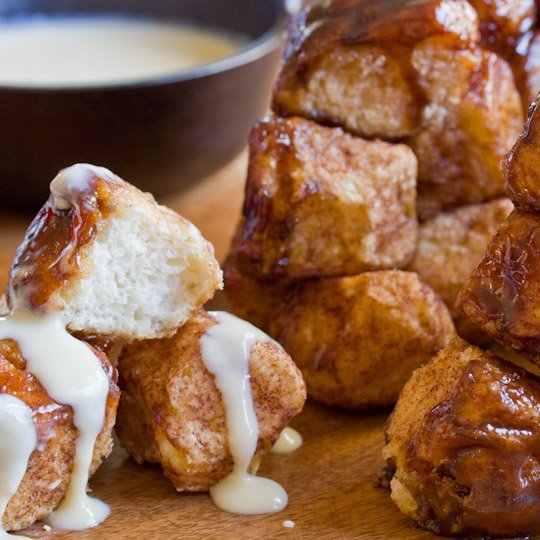 Monkey Bread with Bourbon Crème Anglaise care of The Kitchn

Now that we are fully moved (ummm except for the lack of adornments on our walls….), friends and family are spending less time away on the weekends and I am feeling a bit more organized/panicked about having a kid in less than two months and trying to fit everything in before hand, I’m thinking more about brunch.

I find with a kiddo brunch is the easiest meal to entertain.  First, it fills pretty much a whole morning.  If it’s icky weather, mornings can be long/tough.  Secondly, it’s pretty easy.  No starters (I suppose unless your really fancy!), not as tired (seriously I’m dead in the water at 9) and less of an expectation.

I’ve pretty much had the same brunch formula down for a while… croissants/chocolatines, quiche, a couple different cheeses, baguette, bacon, yoghurt, granola, fruit.  Pretty much everything is bought/done in advance and the bacon is cooked in the oven.  But the other day I made waffles with whipped cream and it was amazing.  I made the waffles in advance and kept them on low in the oven.  OK – they were a bit piled and a few were floppy but that’s where the whipped cream came in.

But it made me realize maybe I need to switch up the routine.  Recipes have to be EASY or made in advance and by advance I mean the night before – not at 6am. I’m not going to be panicking in the kitchen.

I actually made the Monkey Bread with the Bourbon Creme Anglaise (pictured above) and have mixed feelings.  It turned out well, but it was a lot of finicky work the day before.  Even the day of, it was a lot of timing (take out an hour before, cook 33 minutes, let rest 5 minutes, flip out and serve after 10 minutes).  Does anyone else have experience with Monkey Bread?

Here are a few others that I’m thinking about now… 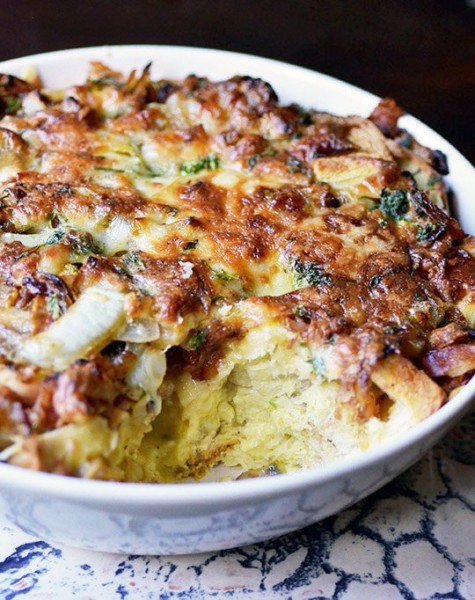 Make -Ahead Ham & Cheese Breakfast Casserole from The Kitchn 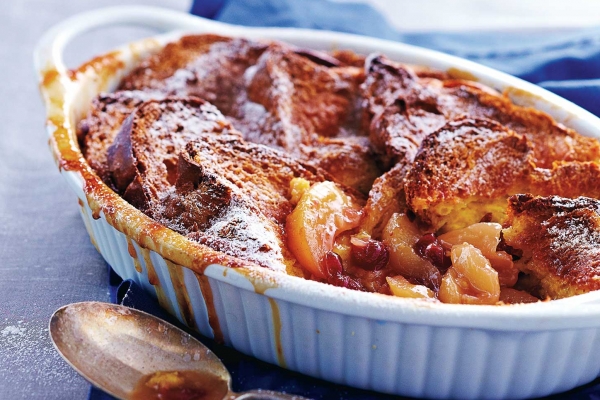 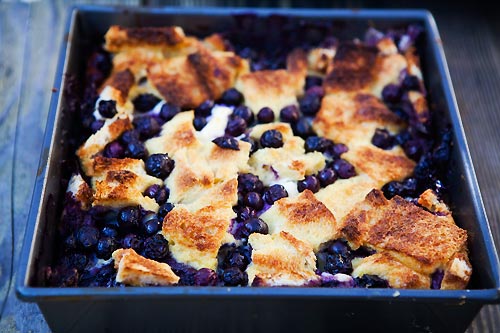 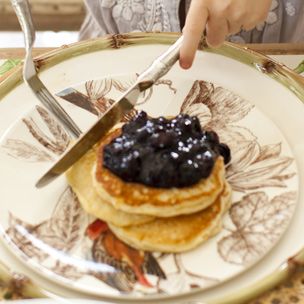 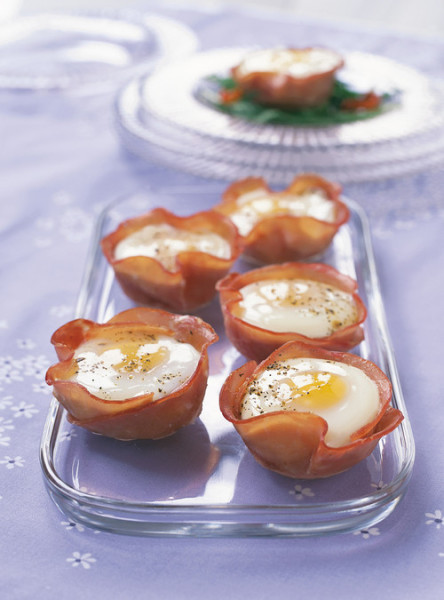 Ham & Egg Cups with an Arugula Salad from Ricardo

ps Or you could just do like the Danes and put some chocolate slices (paalaegschokolade) on a roll!  Yum.

Gift Guide for Her
READ ARTICLE 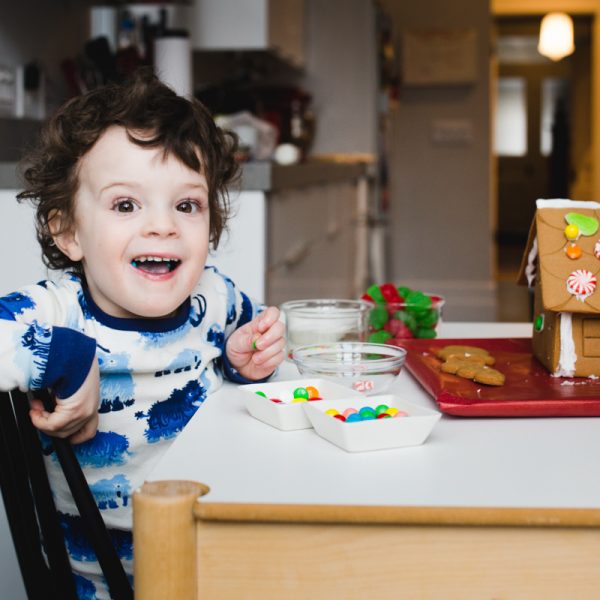 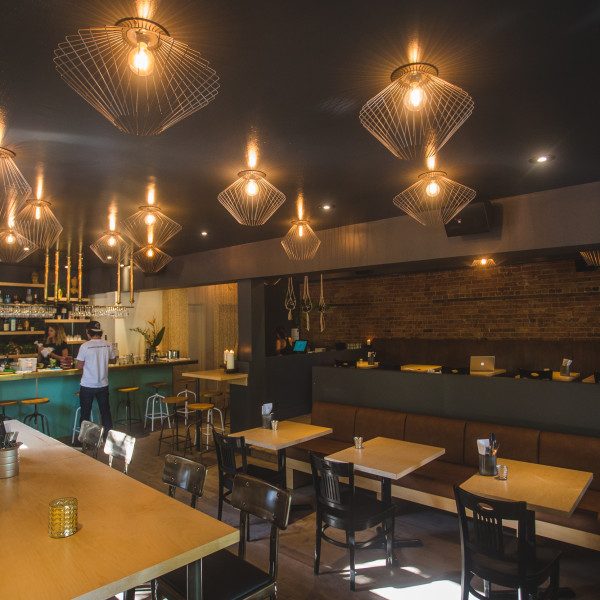