Addendum – Modern British in the City

Addendum is a bright airy restaurant located on a rather drab side street in the City.  I say that, but if you are a history buff St. Olave’s Church is just up the road.  The cemetery has Samuel Pepys and Mother Goose buried in it (not quite sure about that Mother Goose thing…). 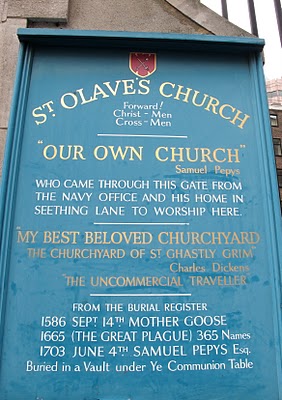 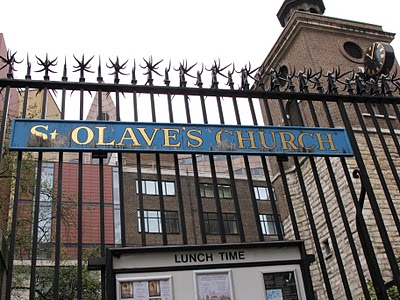 Addendum screams corporate.  It’s upscale enough that you wouldn’t bring along your mates for a laugh, and expensive enough that you would probably only go on expenses.  At lunch time it’s an all-suit affair.  The menu is what I would describe as British Modern.  Essentially it’s British food with French cooking techniques – an increasingly common menu here in the City which I think is rather unfortunate.  Where’s the innovative food from the rest of the world?  It seems everyone is serving essentially the same thing these days, which I find rather uninspiring. 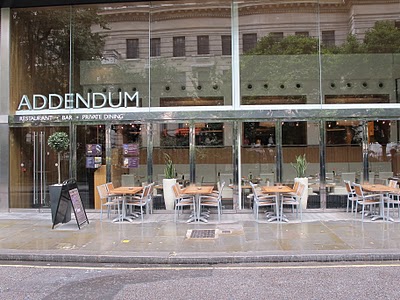 Having said that, these menus are forcing me to go for the more odd choices on offer and in this instance I chose as my starter the ‘Bath Chap’ (GBP6) which was a sort of pig’s cheek terrine surrounded by a thin batter and deep fried.  The pig’s cheeks were extremely tender and the outer crust was not at all greasy.  It was served with some excellent capers and a very nice relish which I very much enjoyed.  For my main I ordered the Salmon, Winter Cabbage and Red Wine Reduction.  It very surprisingly arrived with some sort of foam on top which was not mentioned on the menu.  I don’t know if it was supposed to be there all along or if one of the chef’s all of a sudden had a Heston Blumenthal moment.  The foam had the taste of something familiar that I couldn’t quite put my finger on, but the texture itself was very offputting. It also did not have the advertised red wine sauce and instead arrived with a very sweet parsnip puree.  The salmon was oddly watery.  It must have been seared and then poached (or vice versa)?  However, it did still taste very good.  The green cabbage was excellent – dark, green and ultra tasty.  My companions were also satisfied with their dishes of venison and mushroom ravioli.  The wine list was expensive with most bottles coming in at £25+.

Overall, the service and food were excellent however, I would not rush to go back.  It was just a little too expensive for my taste (even on a corporate account) and I feel there are other restaurants offering a similar experience for less.

Decor: Upscale, bright and sunny.
Prices: Expensive.
Food: Very good and tasty.  Portion are fair.
Good For: I would go back perhaps for a special occasion corporate lunch. 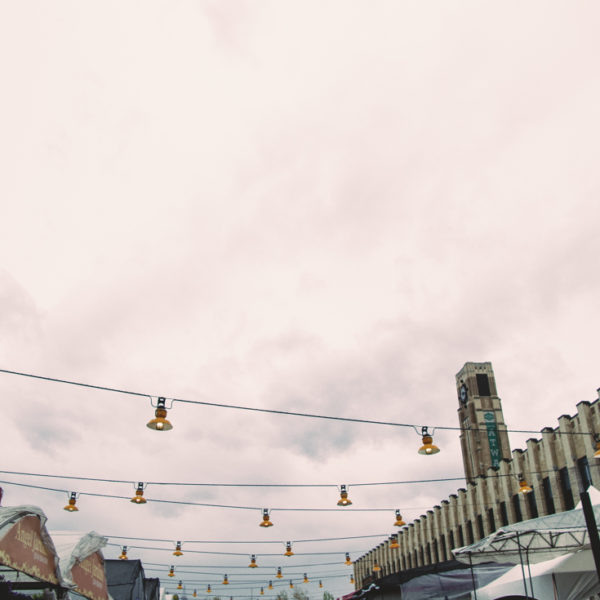 Valentine’s Day for Him

Gift Guide for Him
READ ARTICLE 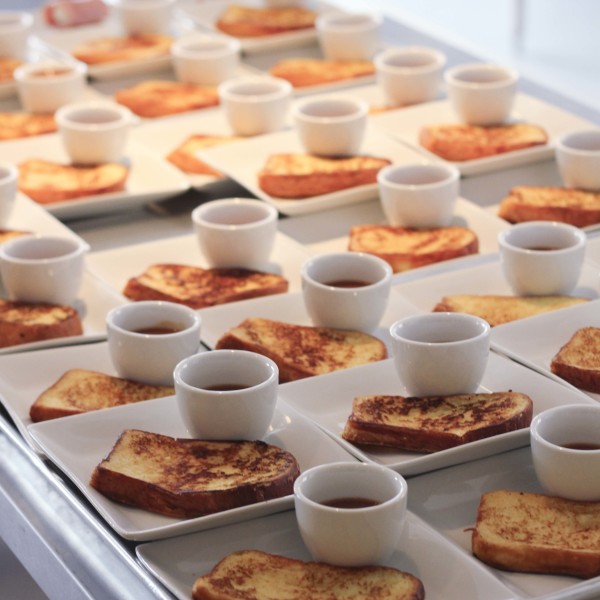 Old Montreal, Sweets
READ ARTICLE
There are no comments yet. Be the first to comment.